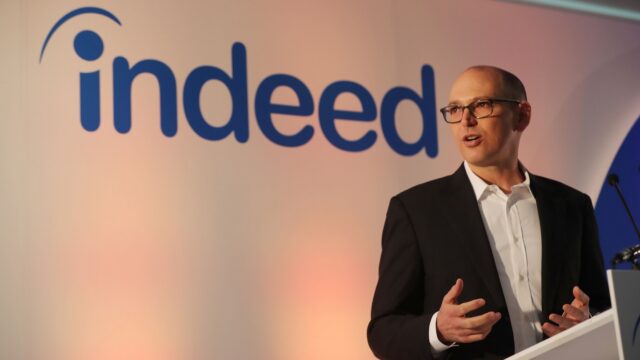 Indeed, the tech company known for helping people find jobs, is now in the hot seat for helping upper management get out of sexual assault charges. And now there is a woman suing indeed for just that. – Law360

“The suit alleges that a male-dominated company culture rewards “bubbly women” who “succumb to the sexual advances of their male managers.” – VICE

“In the filing, the accuser, Taylor Gilbert, a 27-year-old senior account executive who still works at Indeed, alleges that she eventually went to HR with her complaint and that no action was taken on her behalf. Instead, she was told that the assault was likely the result of her own previous behavior, the lawsuit alleges.” – VICE

To sum up the story, the woman suing Indeed, Taylor Gilbert was hired by Indeed in 2015. She traveled from New York to Stanford for a week long training orientation. That is where she met Aaron Schwartz, who was a senior manager who worked at the company office in Austin. A man who had been flirting with Taylor and making her uncomfortable already. There are texts sent to her mom before the incident describing suggestive remarks that Schwartz was making.

According to Taylor the orientation was more of a party and included dinners and “bar hopping on Indeed’s dime”.

After everyone returned to the hotel Aaron Schwartz stayed on the elevator with Taylor until it was just them too. Taylor was drunk to the level of incapacitation at this point so her description of events is blurry. But it involves Schwartz suggesting that he walks her to her room and then forcing himself on to her. The next thing she remembers is she is underneath him and he is having sex with her. In this moment Taylor remembers telling him to stop and that she was really drunk. She repeated this multiple times.

Schwartz left the hotel room after the assault.

Taylor was shaken of course. She had a rape kit done but returned to work in New York City and decided not to bring it up to the company. A story that we have heard all too many times. Recently hired entry level worker is taken advantage of by a person in a higher power, the worker who was taken advantage of is too scared/confused/embarrassed to want to bring it up. So they bury it.

That is what Taylor tried to do.

Until a year later when Aaron Schwartz showed up in the New York City office for a visit. Taylor had a panic attack and decided then she had to tell her manager about the situation.

As mentioned above, Taylor was told her actions were likely a result of her behavior, no action was taken. And that was it.

In February of 2020, Indeed released an update on their sexual harrasment/office relationship standards and emailed it to all employees of the company:

“This year, one of the main changes relates to the Code of Conduct and romantic relationships at work. We want to ensure that decisions related to promotions, pay, discipline and evaluation, among others, are not influenced in any way by romantic relationships outside of work. If you have any questions or concerns regarding your current relationship being in violation of the Code of Conduct, please speak with your local HR Business Partner who will work with you to find a solution. Please note: this change is being enacted on a go-forward basis effective March 1, 2020. The purpose is not to discipline anyone for what occurred previously.”

1. Why are you implying that going FORWARD pay and promotions won’t be influenced by romantic relationships? Was this something that was being condoned?

2. Why are you putting in a stipulation that any one who broke this rule in the past won’t be disciplined? It always should have been a rule! So who are you protecting? Very suspicious. There may be a lot of woman suing Indeed after this gets out and more people feel like they can speak up.

All that aside when Taylor Gilbert saw this email it told her that this company not only didn’t care about what happened, but essentially put in writing that anything that happened in the past will not be looked into.

It’s 2020 Indeed get it together. It doesn’t matter if he’s the best “Senior Account Manager” in all of Austin, why would you want to condone that behavior? Higher ups who target new entry level females are scum who you shouldn’t want in your company.

And if the moral reason isn’t enough for you, look at the current climate! Did you really think this was going to sit well with the media when it got out? Little too late now for that. Clearly there was other things going on at Indeed. But Taylor Gilbert will finally be the woman suing Indeed that can bring everything to light.

Taylor Gilbert is allegedly going through severe PTSD which has translated into numerous physical ailments including Lupus. Doctors have confirmed that all of these issues stem from the sexual assault. Since nothing can be done to change the past, I hope the outcome of this lawsuit helps Taylor Gilbert find peace.