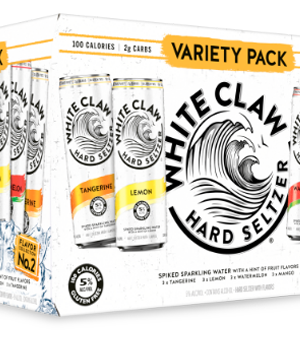 Summer is right around the corner, and White Claw has released some newbies for us. The official White Claw Reviews of 2021 will also contain the original flavors as well.

We’ll go ahead and get this one out of the way. When it comes to White Claw reviews Black Cherry is pretty much always at the top. Ask anyone at Montclair State.

Despite the harsh name this one goes down easy and by claw number 3 the taste becomes so subtle it’s pretty much crushing seltzers at that point.

We’ll go ahead and give this one a solid rating, due to its general popularity.

I was pretty sure this one was going to be awful. (Variety pack number 2 is a rough one).

First sip, not bad. 2 seconds later, as usual, the bitterness hits. But it’s quick. Again, get through 3-4 and you’ll hardly taste it.

Mango was not their best shot.

Still, of the four in the variety pack, Mango is probably the best. Which isn’t saying much. But it’s slightly impressive White Claw was able to take Mango flavoring and make it drinkable for someone who probably couldn’t finish a whole mango.

What a disappointment this one was…

To be fair, I never should have expected Watermelon flavored alcohol to be awful. Watermelon on it’s own hardly tastes like anything.

But White Claw outdid itself because this one doesn’t even taste like watermelon. It tastes more like expired medicine for babies with slow growing teeth.

After the initial sip you might just think all is fine.

Boom 2 seconds later it hits you. At first you think you smell a gas leak. Then you realize it’s just the “beverage” you are enjoying.

Seriously I have no idea how they managed to create such a terrible, terrible tasting seltzer.

BUT, the can is pretty cool. (I like the colored thing in the top whatever that is called). So we will add 2 points to the score.

Continuing our White Claw Reviews we get to Lime. Classic. Easy.

These ones are probably in my personal top 3.

Even though they usually hang around until the bottom half of the pack, they aren’t the worst thing to find in your fridge.

A flavor like lime makes it subtle enough to really power through and get to claw number 4 in no time.

Every white girl may disagree with me on this one but I am NOT a fan.

Without fail, at any party, what are the last 3 cans left in the variety pack?

My actual personal favorite. And I know I will get slammed for it.

Yeah, it kinda tastes like medicine. I still love it. It’s the good kind of medicine taste. The one that tastes like raspberry (probably).

I really have no idea how they dropped the ball on this one. I was pretty certain that this one would be similar to Lime white claw.

Talk about after taste. Sewage in some affluent neighborhoods might leave a better taste in your mouth than this concoction.

I don’t know how you did it white claw. But when it comes to white claw reviews Lemon is not a star.

I had no idea what to expect going into this one. Mostly because I’m not exactly sure what a Tangerine is. Turns out it is NOT an instrument.

It is also NOT a good white claw flavor. But it’s not their worst.

Somewhere in between Watermelon and Lemon. Not a good place to be.

We’ll give it a flat four.

I was hoping Strawberry White Claw would be as good as Raspberry.

It’s not. But it’s not that bad either.

Flavor is definitely strong. But when it comes to White Claw, as we have seen through all these White Claw reviews, you never know when they are going to just spike you with the strong flavor.

Still, don’t hate it. Would recommend.

There was a LOT of hype with this one coming out.

I don’t know why. But there was.

For the blackberry you get a little faint aftertaste that isn’t exactly pleasant. But I guess it does kind of taste like blackberry.

I was at like claw number 12 when I got to this one.

I can hardly taste it. But let’s finish our White Claw Reviews strong here.

Pineapple gets a 10! (Wait the after taste just kicked in…)

And that concludes the 2021 official White Claw Reviews. All images from whiteclaw.com.