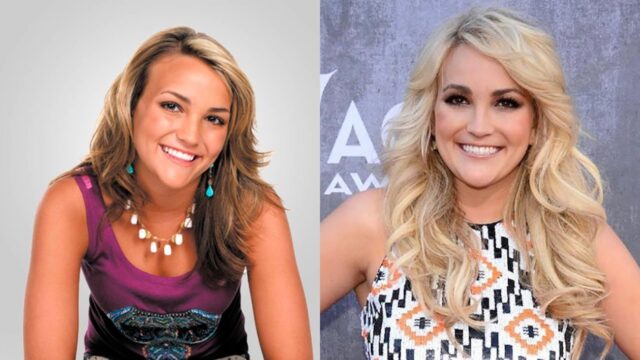 Now I know I wasn’t the first one to be all for the integration of females into PCA. To this say, it blows my mind that male students were upset about this. You are at a private boarding school, full of dudes, on the beach, no rules. What are you missing? Babes of course! And there was no one better than Zoey herself! (I was like 12 at the time so I’m allowed to say that). I remember it wasn’t too much later she ended up pregnant. And of course, I feared the worst. Another Britney in the making? That brings us to our question, where is Jamie Lynn Spears now? Will our lingering Zoey 101 questions ever be answered?

Although Jamie was my first love after her debut performance on All That, I had lost touch with her after the pregnancy and quick pull of Zoey 101. I was left in the dark. A long with many other fans. So where is Jamie Lynn Spears now? After ghosting all her fans, it was almost a decade before we heard from her.

But I am here today, and happy to report, that Jamie Lynn Spears is doing great! (At least that’s what the former Zoey 101 star is telling us). – E NEws!

Where Is Jamie Lynn Spears Now?

“Looks like we are starting off 2018 with another big milestone…sooo happy to announce that Maddie is FINALLY going to be a big sister,” wrote Spears alongside a family photo. “2017 was filled with some of the biggest challenges of my life, as well as some of the biggest blessings, so I made a choice to lay low this year to focus on truly becoming my best self as a person and as an artist.”

She continued, “During that time, I continued working on my music and telling my story, which has created some of my most honest work and I [CAN’T] wait to share that with you all very soon. 2018 is going to be filled with many milestones both personally and professionally.” – People Magazine

So based on this interview with ‘People’, I am shocked by two things-

Ok wait I’m not up to date here—

“Considering the fact that Spears only announced the birth of her second child last week on April 12, it’s understandable that she wouldn’t exactly be hopping right back on the train and letting her fans know exactly what she’s doing. But, looking at what she had going on during her pregnancy, it’s clear that the mom of two has been busy in both her personal and professional life. From performing in intimate venues to even bigger performances at iconic venues, Spears has had plenty going on recently.” – Romper

So that is all great to hear that Jamie Lynn Spears, our beloved Zoey 101 star is doing just fine. But us Zoey 101 fans still need some closure here. Why the sudden disappearance? How could you ghost us and Logan just like that!

Well, Guardian had an exclsuive interview with Jamie Lynn Spears regarding here recent whereabouts. In short, it was shame. Shame that she should not have felt. Becoming pregnant at 16 may have been misfortunate, but it is even more unfortunate that our society was not ready to accept that from one of their “Nickelodeon Stars”, so she had to step away from the spotlight.

“It was 2007. I had been on a Nickelodeon show, Zoey 101, and after we wrapped shooting, I just wanted to go home to Louisiana and finish high school, be a cheerleader, all that. Then I found out I was pregnant [by then- boyfriend Casey Aldridge]. I was 16. I’d had one boyfriend. It doesn’t make it perfect or all right. But I was judged for something that probably most everyone does. I was young. I was in love. I was like every other teenager, except I had this last name. And I made a decision that is forever my decision.” –  Guardian

Eh, maybe in Louisiana getting pregnant at 16 is what everyone does. Not in New York. Unless she means that having sex part. In that case, she is very correct. My suburbs were full of 9th graders getting more action than I did in college. Only difference is in New York you can vacuum that sucker out and get back on stage. But you were in Louisiana, so I get that.

This actually could have made a great Hannah Montana spin-off. Hannah comes back to Nashville for a break, “blending in as a high schooler” she accidentally gets prego. Billy Ray says we have to keep it. Lilly becomes new Hannah Montana? For another post perhaps…

And though we may never find closure on Zoey’s intrigue into Logan Reese’s complex, defensive, yet clearly damaged soul; I truly believe the fans of Zoey 101 will forgive you.

Well there are rumors she may do a project with Netflix-

“Jamie Lynn Spears is coming back to TV. The 28-year-old sister of Britney Spears has landed her first acting job since Zoey 101, the Nickelodeon series she starred in from 2005 to 2008. The actress and mom of two will appear in Sweet Magnolias, an upcoming Netflix series based on a series of books by romance author Sherryl Woods.” – CheatSheet

BUT most importantly…She is finally at peace.

The 5 Coolest Tiny Homes Ever Built