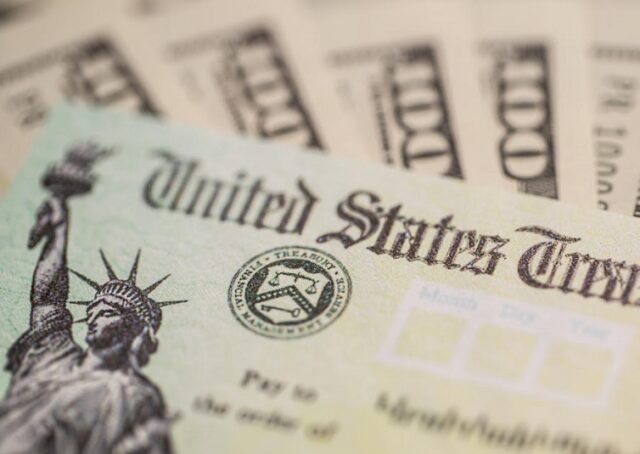 With the second stimulus bill finally passed, many Americans are wondering: When will I receive my IRS stimulus check?

Short answer? Soon. If you are eligible.

“The new stimulus relief legislation will give single adults a one-time payment of $600. Married couples who filed jointly will receive $1,200 total ($600 apiece). Families will get an additional $600 for each eligible child under 17. A family of four could get $2,400 in total payments. Adult dependents are not eligible for stimulus payments. And unlike the first round of stimulus payments, which saw checks issued to dead people, the second round of stimulus specifically prohibits payments to anyone deceased before Jan. 1, 2020.” – Source

Although it isn’t the $2,000 that many were hoping for, the average American could still use an extra $600. Sooner rather than later.

When Will I Receive My IRS Stimulus Check?

So when is the second round of IRS stimulus checks going out?

The first round of checks have already been sent out via direct deposit to millions of Americans.

“On Tuesday, the IRS announced that it has already begun delivering second-round stimulus checks to millions of Americans who received a first-round payment earlier this year.” – Source

You can expect to receive your second IRS stimulus check around the same time window as last time.

This isn’t always the case however.

Some people have claimed they received their IRS stimulus check and see it in their account ready to be deposited. Even though last time around it took them months to receive the stimulus check.

If your payment is being sent via direct deposit, then you should see your IRS stimulus check by January 15th in your checking account.

Further more, be sure to check the IRS website. Google “IRS Get My Payment”.

Make sure you are on the actual IRS site (will end in .gov). Here the IRS has promised to post updates regarding the delivery and distribution of round 2 stimulus checks.

IRS Stimulus To Be Sent By Mail Sent December 30th

If you did not receive a payment via direct deposit, then you are likely included in the second wave. A large round of paper checks and a limited amount of prepaid cards were mailed out to millions of Americans on 12/30.

“If you receive a debit card, don’t throw it out thinking it’s junk mail! The debit cards will be issued by MetaBank, and they will arrive in a white envelope that prominently displays the U.S. Treasury Department’s seal. The Visa name will be on the front of the card, and it will say “MetaBank” on the back. More information about these cards is available at EIPcard.com.” – Source.

So be on the lookout for checks OR prepaid cards.

These mailed checks and cards SHOULD be arriving by the 15th. But given the current track record of USPS and general lockdown related issues, some checks may not arrive until early February.

Am I Eligible For An IRS Stimulus Payment?

The requirements for eligibility are similar to the first stimulus check that was passed.

“U.S. citizens and resident aliens who meet income requirements and who cannot be claimed as a dependent on another person’s tax return are generally eligible. Income is based on your 2019 adjusted gross income (AGI). Individuals earning under $75,000 and heads of households under $112,500 typically qualify for the full $600 stimulus payment. Those married and filing jointly or surviving spouses earning under $150,000 usually qualify for a $1,200 payment.

If you exceed the income requirements, you may still receive a reduced stimulus payment, but the $600 payment phases out completely at $87,000 AGI for individuals and $174,000 AGI for couples filing jointly.” – Source

On top of that, Americans with qualifying children will receive an additional $600 per child.

So to break out the eligibility more simply-

Have Any Other Questions About Your IRS Stimulus Check?

Sign up to our newsletter on the top bar for updates on stimulus check delivery as well as updates on the $2,000 stimulus bill that may be passed by the Senate this week!

NYC Protest Locations For Tonight – What To Expect