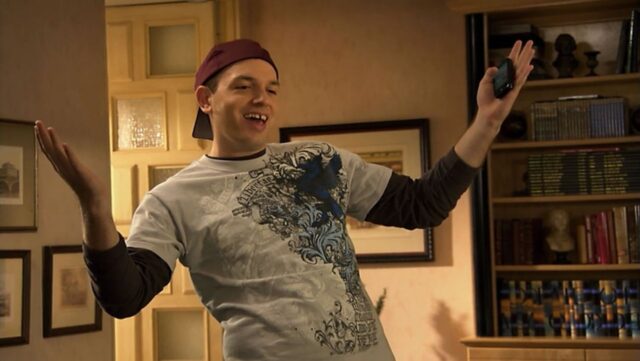 It can be a tough world for the single man in 2020. Countless dates, outings with groups of friends trying to set you up with mutual friends, but in the end you always get the same dagger when you ask what they thought about you. “I don’t know he was kind of creepy.” It’s a comment that can sting like no other. Especially when you had no intentions of being creepy, or even know what you did to get that kind of feedback. So what makes a guy creepy? We asked females across Reddit and other corners of the internet to get some real answers for you, and help you come off as…not so creepy.

“When they don’t take no for an answer.”

OK I mean this one should be pretty obvious by now.

I will give you the benefit of the doubt and assume you know this one and this does not apply to you. However, if you are one of the few guys who still thinks “no doesn’t always mean no”. You really need to stop. Like yesterday. Nothing creeps a girl out more than when you ignore her negative body language or even worse, flat out ignore her request for you to end your advances. It puts them in a place where they start to think about what if you didn’t stop. It leads to panic, and ultimately a label of “creepy” for you.

“When guys try to separate you from your friends. Like you’re in a group and a guy suddenly pushes his way in and blocks you off.”

Girls are in groups for a reason. They want to stay together and keep an eye on one another. If you purposely try to get in the way of this, off the bat there is reason to suspect you have bad motives. Thus, creepy.

Approaching a group of girls with another group of guys may also be intimidating. Ideally all would be somewhat mutual friends. If you are going to approach a group of girls on your own, make sure you do not make any of them feel as if you are trying to separate/block them off from their group.

“No self-awareness or notion of personal boundaries like when guys follow you around public places or follow you home intentionally and don’t seem to understand what’s really unsettling about that. I don’t know if it’s because I live in a big city, but this is surprisingly common.”

To whoever wrote this note here on what makes a guy creepy, she is right, it is surprisingly common.

Guys will bombard girls with messages and DMs on multiple messaging platforms, literally show up to their job, track their schedule to find them in the street, etc. And they will see NOTHING wrong with this.

There are not many things that are more creepy than a guy you don’t know showing you that he knows where you live. That’t the Ted Bundy type creepy that you definitely want to avoid.

“Telling me personal things about myself. I had a guy at my old job mention that I took a different route to work one morning. Then he said a mix of letters and numbers. When I asked what that meant, he said “that’s your license plate, right?”. Another time he was standing behind me at the time clock and said my clock in code before I entered it.”

I think of all the things on this list, this one may be the most helpful to some naive guy out there.

Obviously the above is an exaggeration. I trust my readers know not to memorize your secret crushes license plate and then recite it back to them. (Not sure I trust them to even memorize their own license plate to be honest).

But if you met a friend of a friend that you are into, and the second time you see them you mention something specific about them that they brought up last time they might find it creepy. For example saying “Take the pink controller I know that’s your favorite color”, or mentioning that you know their birthday. Innocent things like that, while they must just seem genuine, can sometimes lead girls to believe that a guy may be creepy/stalkerish. Unless she has an infatuation for you already of course.

If it was something said in passing, she might not even remember that she brought up how pink was her favorite color last time she saw you. And now she’s wondering how you know that. Which is making you come off as creepy.

“When they consistently ask you out after about three times it gets excessive and creepy plus if they try to contact you through more than two platforms then it’s creepy as well.”

What makes a guy creepy? As we have covered, the inability to take “no” as an answer is a big one.

“Blocking exits. Please leave me a path to get away from you if I want to.”

This is another one that naive men may miss.

You don’t understand what it is like to live in this world as a woman. Even when you aren’t in danger, there is a mentality of safety. And part of that mentality is being able to escape if this guy who is objectively larger than me ends up being a weirdo and snapping.

Don’t tap into that mentality. Don’t box her in anywhere and make her think that way. It will immediately have you labeled as creepy.

“Constant, uninterrupted staring. Or when they get way to close to you when talking and kinda hover over top of you.”

When asking what makes a guy creepy constant eye contact was one we got a lot surprisingly.

This is tough because obviously having no eye contact would be creepy in it’s own way. I assume it’s the non-breaking of the eye contact at all that comes off as creepy. Try looking away quickly one in a while dart your eyes somewhere else quickly or look away sometimes when you laugh. Talk with your hands more too, even if you have locked in vision and can’t help it, talking with your hands will make you seem less stoic and intense.

As for the hovering, that’s a no brainer. Personal space people!

Don’t go into other peoples personal space bubbles. Maybe after quarantine is all over this one won’t be as much of an issue for women. But I doubt it.

“When if you don’t reply immediately he gets sad or needs something from you or texts 🙁 to make you feel bad. Speaking from personal experience.“

Oof this one is big. So big that it hurts. The classic red flag. Needy before you’re even in a relationship.

Now it’s possible you are one of the unicorns. Actually a genuine nice guy who tries to wear his heart on his sleeve from the get go with every relationship that he is in. I’m going to tell you now you need to stop that, and I’ll tell you why.

Even IF you are that said unicorn, no girl will ever believe it at first. That last line says it all. “Speaking from personal experience.” Because almost EVERY girl has experienced this. They give in to the make you feel bad texts, they try to be a people pleaser, then boom they are dating a narcasist for 2 years. And then it takes them 2 years to recover from it emotionally.

So maybe you are that guy, and if you are then it’s not you. It’s the fact that that behavior is generally known as a red flag. And chances are you remind her of someone or a type of someone that she never wants to get involved with again.

The 5 Zodiac Signs Most Likely To Cheat Statistically