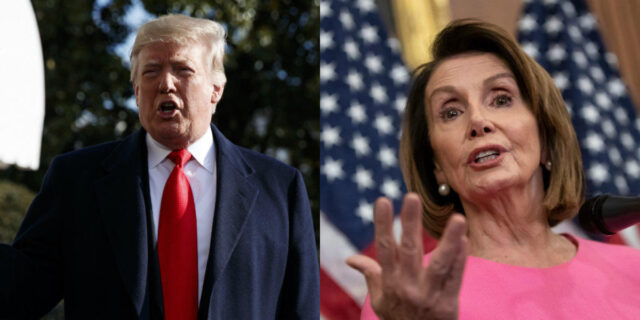 “DOA. Dead on arrival. Of course, Nancy Pelosi knows that,” he told reporters Wednesday at the White House.

About one-third of the $3 trillion legislation is relief for state, local and tribal governments, which many Republicans are resisting. The measure also includes assistance to essential workers, an extension of unemployment insurance beyond July, another round of $1,200 direct cash payments and various other measures that are unlikely to gain bipartisan support but serve as an opening bid for Democrats.” – NBC News

So, a few things before we delve into this

So this bill is going to be vetoed by Trump, for the sole reason that it does not benefit his chances at re-election.

This isn’t even reading between the lines. He literally said it.

“Mail-in ballots is subject to tremendous corruption. Tremendous corruption, cheating. And so I’m against it,” Trump said. “And if you look at the bill that Nancy Pelosi is putting in, it has a lot to do with elections. We’re not going to lose elections because of that.” – NBC News

Let’s forget for a second that American’s are losing their jobs and homes on a daily basis. The greater outcome of this bill is an urgent relief package that is desperately needed right now. It’s something that both parties agree on, yet Trump will veto it because it does not personally benefit him. Even though it would benefit hundreds of millions of Americans. That’s a huge issue, and I think it’s also the biggest take away here.

We are noticing it now more than ever because these stimulus packages are urgent, but this bill could have been about saving penguins. It wouldn’t matter, it would still go back and forth as senators and house reps add in their own stipulations to appease their lobbyists and the bill goes around and around and maybe gets passed. So when it comes to saving the penguins fine they can argue all day. But our Congress needs to learn which bills can’t be used for partisan agendas. The last Coronavirus stimulus package came about a month too late for many Americans and it looks like the same thing will happen on the second round.

But the part that is most frustrating.

Nancy Pelosi added in a stipulation that absentee mail in ballots are an options extended to every citizen. Which should have been in place already.

Why are we voting down a bill that helps the American people financially and at the same time makes voting easier. (You know, the thing this country was founded on).

So once again the American people are held hostage as Trump and Pelosi battle it out again.

Hopefully Nancy Pelosi drops the voting stipulations for the time being, someone needs to be the bigger person and let this bill get passed. Americans are in urgent need.