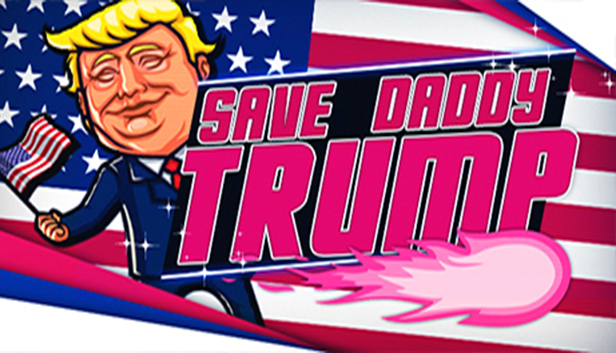 Even 8 months after the election, it seems there are still Trump supporters who refuse to let go. But what are they hanging on to? A study led by New York City Psychologist Dr. Susan Kolod has come to one conclusion. By a large percentage, Trump supporters have daddy issues. Or unresolved feelings with their fathers. This goes for both men and women.

“Susan Kolod, a psychologist in New York who specializes in relationships and sexuality, has a theory about why so many women voted for Trump. It all goes back to what they look for — and how they act — in romantic relationships.

“In my experience, there are a lot of women [my friends and patients] who are very successful, assertive, competent.

And around their spouses, they become obsequious and dependent,” Kolod said in a phone interview this week. “It’s not just married people; singles, too. There’s still a wish to be taken care of.” – Source

Kolod’s findings contain an important notion. “There’s still a wish to be taken care of”.

We all have heard of women who have had absent or distant fathers seek out the approval of men. Or have a warped idea on what manliness truly is.

According to Kolod, the same applies to men.

If a man or young male had an absent or distant father, they too will seek out approval or mentorship from some other source as a father figure.

For a lot of men in this country, that father figure became Trump.

His outrageous claims of keeping everyone safe, doing what he wanted, and getting away with everything.

This is what the demographic of people with daddy issues see as “manly”.

And so when they see Trump rant on TV they feel safe. They feel secure. And most of all, they feel acknowledged.

Susan goes on to say

“Trump is a “familiar” image of a president because he’s a man — and even more so because of the type of man he is.

“Trump comes across as a very phallic male,” Kolod says. When he brags about being able to do whatever he wants to with women, Kolod says, it creates a powerful image that resonates with some women.

“There’s this sense of: He can do anything; he can get away with it. That’s the kind of guy who can protect us.” – Source

She had on the ground research from actual Trump supports who basically called him daddy on camera.

“Donald Trump is the “strict dad” that America needs, said a 56-year-old emergency-room nurse last week at a rally in Melbourne, Fla.

“He’s the kind of man you would want to be your dad,” a Los Angeles Trump supporter, whose son was killed by an undocumented immigrant, said in July.

“He’s the father figure I always wanted,” a hairstylist told the Boston Globe in December. “I feel like he’s protecting me.”

“Trump reminds me so much of my father,” Jerry Falwell Jr. told Fox News” – Source

As you can see, it is men and woman alike who have fallen for this concept of seeing Trump as their “daddy”.

And it’s also pretty obvious that these Trump supporters have daddy issues. Why does America need a “strict Dad”? That’s just weird and slightly disturbing.

What’s even more interesting, is that this could have been Trumps plan all along. Pray on all the men and women who have a gapping hole and need for a father figure in their life.

And yet the Trump children and Chelsea Clinton are routinely deployed to remind voters that their parents are, in fact, parents. “Yes, Donald Trump is my father,” the Trumplings imply as they praise him, “and he can be yours, too.” – Source

Not only are they pushing the idea that he is a good father. They are outwardly saying join the party he can be your daddy too.

The fact that so many people who voted for Trump without realizing their true motivations is even further proof that most Trump supports have daddy issues.

It would also explain why the Republican party was so divided. And why so many liberals went to vote for him even after voting for Obama.

“Breitbart’s Milo Yiannopoulos has, in fact, taken to calling Trump “daddy.” Jamiel Shaw, Sr., the father of a high school student killed by an illegal immigrant, told CNN that he thinks of Trump “as a father figure” even though the two are similar in age.

“He’s the kind of man you would want to be your dad,” Shaw said. “He’s the father figure I always wanted,” supporter Catherine Leafe told the Boston Globe. “I feel like he’s protecting me.” NationalReview article

That was during the campaign.

This disgusting and deranged devotion takes an even more perverse identity now that we are half a year into his presidency.

However creepy it might be to vote for someone cause you want them to be your daddy, is one thing.

What happens though, if this daddy figure turns out to reject you? What happens when all of those endearing promises are broken?” – Source

If that doesn’t convince you that Trump supporters have daddy issues, then there’s not much left to say.