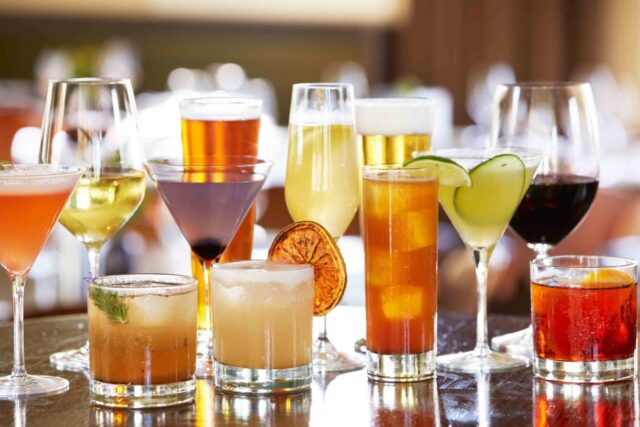 Girls, if he orders Gin and Tonic at the bar every time, you may need to take a step back. Guys, same thing. Multiple studies have come out to reveal another thing that psychopaths have in common. A taste for the bitter. More specifically, a taste for gin and tonic.

“What you order at the bar might say more about you than you think.

Researchers at Innsbruck University found that people who enjoy bitter flavors like the tonic water in a gin and tonic are more prone to “Machiavellianism, psychoticism, and narcissism,” among other traits

More than 900 men and women were surveyed in the Austrian study. In addition to grading sour, salty and bitter foods on a scale, participants were asked to answer questionnaires gauging their emotional stability.

“Supertasting, that is, having a high sensitivity to bitter compounds, has been consistently linked to increased emotionality in humans and rats,” the study stated.” – NY Daily News

Is It Really A Big Deal If He Orders Gin And Tonic? Can Taste Really Indicate Mental Traits?

“Supertasting, that is, having a high sensitivity to bitter compounds, has been consistently linked to increased emotionality in humans and rats,” the study said. “Bitter taste experiences were shown to elicit harsher moral judgments and interpersonal hostility.” – WCVB

Some real quick, further evidence for you, your favorite psychopath, Barney from How I Met Your Mother. Guess his favorite drink?

Now the real advantage of identifying a psychopath is to remove them from your life. For some people this means avoiding or terminating a relationship. With such a serious topic at hand, I had to turn to a reliable source to prove this once and for all.

“The study (on people who drink gin being more likely to be psychopaths) says that people who prefer a bitter taste (didn’t know gin was all that bitter but k) have pyscho, sadist tendencies and are more aggressive and less agreeable. So that’s why all those gin-sipping hipsters are so fucking defensive about how much better gin is than vodka. The study also says they’re more likely to be narcissists, which again, makes total sense to me. So there ya have it. Stick to vodka sodas or else you might turn into a serial killer or something.” – Betches

So there you have it, as trustworthy source “Betches” elegantly explains, gin can literally make you a serial killer. If he orders gin and tonic he might be a psychopath.

The more you know…