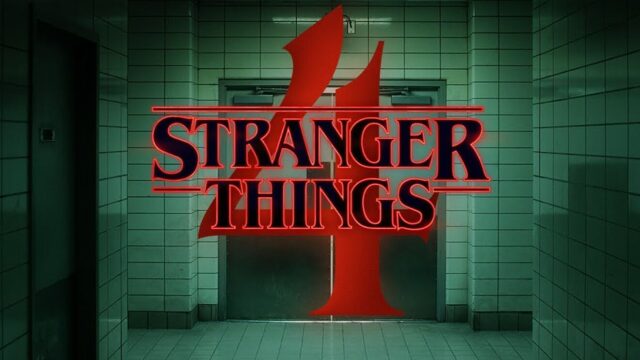 Did the Duffy brothers just accidentally announce that Stranger Things season 4 will be premiering on October 31st? 2021?

A flood of screenshots came in this morning from Today’s Five users with the same screenshot. A tweet from 4:39am PCT that was promptly deleted within the minute.

Normally we would chalk this up to some farce but there are three main reasons I am giving this some legitimate credibility right now. In fact, I don’t think posting and quickly deleting the tweet was even an accident.

Not only did we receive the same screenshot from multiple different user across multiple different time zones and devices (iphones, androids, literal photos of peoples computer screens), but more importantly to me, is that all of these images started rolling into our inboxes around the same time. 7:45am ET.

Normally when something is a hoax we receive the same image or screenshot over and over again. And receive it throughout the day.

Since we only received about 15 images, and all were unique, we already were pretty sure there was something to this. Especially when every user also told us it was deleted within a minute.

All had the same story.

And as mentioned above, in a hoax, we usually will get an onslaught of the same imae all day. This morning after we received the last image, we did not hear anything else.

At this point we are pretty confident that Stranger Things Season 4 will be dropping on Halloween in a surprise fashion. As always you heard it here first at Today’s Five.

One question does remain however, is it possible that the tweet was meant to be dropped and deleted quickly? Fans have been pleading for clues.

And usually the Duffy brothers oblige.

Which brings us to point number two…

2. An Almost Purposeful Lack Of Promotion For Stranger Things Season 4

Ever since the Duffy brothers confirmed that they were greenlit to go and continue filming, it seems the crew has gone radio silent on us as far as social media goes.

But now suddenly it seems like they have all the time in the world.

Press releases, trailers, just yesterday Jim Hopper was discussing the season in detail on stage at the Javits Center in NYC.

“There’s a rebirth to him this season and a coming to terms with this toxicity that he’s carried around and this trauma, really, which is where it comes from, and him struggling with that,” Harbour said of his character while appearing on the Main Stage at the Javits Center in NYC on Saturday as part of a spotlight panel for New York Comic Con.” – Source

Fans have been screaming for clues, only to once in a while get a vague tweet about how hard they are working to get this out.

Notice how he says they are working to get Stranger Things Season 4 out ASAP. Because the real deadline has always been mid-October. With a true premiere date of 10/31.

And that brings us to our third and final point…

3. Stranger Things Season 4 Was Supposed To Debut Before Or On Halloween

It’s no secret that Stranger Things Season 4 was supposed to come out around Halloween this year as opposed to the season 3 summer release.

Aside from the confirmation from the Duffy brothers – we can even see the release pattern that has been followed since season 1 came out. July, October, July, October.

It’s also no secret (or surprise) that the Duffy brothers are big into Halloween.

Who knows which season he is referring to? We’re thinking 4. Get ready for Stranger Things Season 4 to debut on October 31st 2021.

Looking to stay spooky in the meantime.