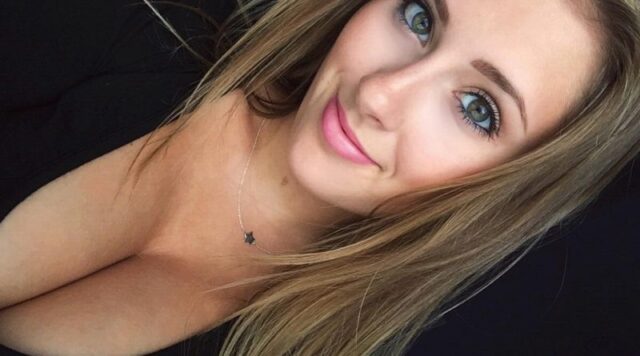 It was the middle of July. My parents were going away and my brother decided he was going to throw a huge party (He was 18, fresh out of high school, him and his friends thought they were big shots). I, being over 21, told him I’d prefer if he kept it quiet. He more or less told me that he was going to do what he wanted. I know an older sister having sex with younger brothers friends is embarrassing, so I threatened to slut it up and get with all his friends at the party if he didn’t listen to me…Now he wishes he listened.

During the party I made a real name for myself. A couple of his friends saw a lot more of me than they expected to. My brother hasn’t talked to me since and the stories of that night continue to spread. Everyone was over 18 but I do agree that I may have taken it too far.

After getting out of the shower I went under my bed to grab the unopened handle of fireball I had left from spring break. I laid out four shot glasses and poured myself shots to take before I left my room.

Four shots ended up turning into six or seven as I took my time putting on make-up and slipping into my black dress. From the sound of it, the party outside had grown from a get-together to a full blown rager. Feeling buzzed and excited I opened the door ready to make some new friends.

Walking down the stairs I saw just how large this party had become, there was at least 50 people in the house. I felt the stares and smiled.

I already knew that some of my brothers friends had huge crushes on me growing up. I was about to drive them all wild.

It was around 11:30. I walked down to the basement to see a large group surrounding a foldup table. Our basement is an L shape, finished and carpeted with a laundry room closed and off to the side. The group gathered around the table was playing flip cup and I quickly joined in when a spot opened up.

I ended up next to an athletic looking boy who started chatting me up quickly. He wasted no time letting me know he was the high schools starting quarterback last year. I should have been too old to be impressed by that, but lowkey his cockyness had me extremely turned on. Tommy was his name, and I decided he would be my first hook-up of the night.

Playing side-by-side we began to get very flirty. We cheered each other on and teased one another when we messed up. Every so often he would whisper in my ear, leaning in to me by sliding his hand across my lower back. I couldn’t believe how bold he was getting! I could tell he was trying to push the envelope and without thinking I began positively responding to all of his advances, unable to help myself from encouraging it. I felt like it was summer after Senior year all over again… I was loving it. And loving Tommy. I acted as if I didn’t notice his hand resting on my ass between turns, I giggled and rubbed my hand along his chest whenever he made a joke.

After an argument with the other team turned personal, Tommy was challenged to a 1-on-1 full cup flip cup by a guy across the table.

I giggled and whispered to Tommy as he filled up his cup, giving his ear a little lick behind my closed hands, “If you win this, I’ll make out with you”

Tommy chugged the cup in record time, spilling some on his chest. It took him a couple flips but he finished before the other guy even had his cup on the table. While everyone started cheering I tugged on his hand to bring him with me into the laundry room, I didn’t even care who saw. In fact, I wanted people to see, it was the main reason I was doing it.

I closed the door and Tommy pulled me into his chest. His hands groped my ass through the thin material of my tight dress, his kissed me aggressively as I readily opened my mouth for him. I was not expecting him to be so assertive with it but I was ready to let him have me. So I went a little limp, surrendering myself to him as he continued to kiss me deeply. With my arms wrapped around his neck Tommy held me with one arm around my back. His other hand was now gently caressing my breasts, I felt his fingers attempting to pull down my dress to reveal them. It was too early in the night to be undressed so I quickly broke our kiss and dropped to my knees.

Before I could start to unbutton his jeans he pushed down his pants and boxers, dropping them to his ankles. His semi-hard cock almost hit my face when it sprung out. It was dark in the room but from what I could see he was circumcised and very smooth. A perfect size too, around 5-6 inches. His smell put me in a frenzy. I softly caressed his balls and inner thigh as I slid the head of his cock past my lips and into my wet mouth. I felt his meat grow hard as I continued to slide in and out as much as I could take, my tongue swirling around his head and shaft in the process.

I was into it. Every girl knows the feeling, when it happens, nothing else matters. I wanted to please him. In that moment I existed to please Tommy. I moaned like a nympho for him, praising how perfect his cock was, how great he tasted. It was cock worship. I really outdid myself.

One hand held the part of his cock I couldn’t reach while the other tickled his tight balls. The room was filled sounds of slurping and moans from both of us.

I flicked my tongue around the crown of his cock and began to bob up and down just past the head, sucking on the tip before sliding him back into my mouth. He would hold my head down, pushing my nose up to his toned stomach. I would stay there, letting him hold his cock in my throat, until I started to gag. I pulled off and he apologized. But I went in for another and he put his hand on my head and held me against his body again. I gurgled as I tried to hold back a gag, I wanted stay in that position for him if he wanted me to, if it felt good for him.

After a few gags it got easier. Each gag would produce a large amount of saliva, as well as loosen my throat a little. Making it easier and easier to slide him in and hold him down. With tears in my eyes from all the gagging (tears of joy really) I was deep throating him in no time. He wasn’t too big after all. It was just the first time I had ever tried doing it for a boy before.

In my head it was no question I was just going to swallow it. Not something I usually do, and not something I had ever wanted to do. This time I wanted to.

Tommy began to groan as I followed his orders, sucking the end of his cock while I flicked my tongue under his mushroom head. With both hands I tickled between his thighs and under his balls, feeling his smooth sack tighten up even further. It was obvious he was close to busting. I felt the head of his cock about to erupt. There was a faint salty taste before he suddenly exploded.

Both of his hands were grabbing at the back of my head as he continued to empty himself. Like I said I don’t usually swallow. I underestimated how much this little stud was going to pump out, probably would have stopped for air but in an effort to keep my dress clean I kept my lips pursed around the tip of his cock and slurped as he spurted. Gently tickling his balls. It may be because I had to take it all down, but it felt like the largest load I’d ever seen.

When he finished he looked down at me with a cocky smile, asking how he tasted. I told him to get back to the party, which he did after a little persuasion and a promise to talk later. I waited a little before heading out and back to my room to regroup.

If anyone is interested in the events of the rest of the night let me know… I’d write the whole thing out in detail it’d be fun to relive it, I just want to make sure people enjoy/care about it.

Man Arrested For Putting Fake Arrows On Floor Of Ikea And...