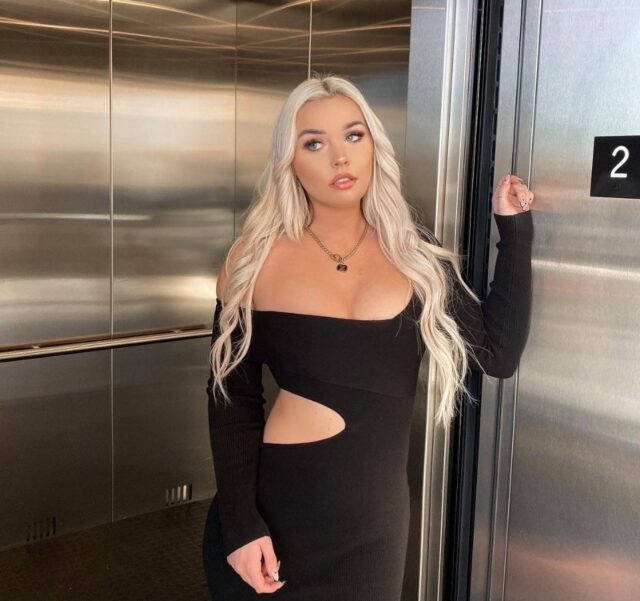 I’ll admit it was stupid of me to go on the subway alone at that hour. It was New York City, upper west side, and I had to get to grand central before the last train left at 4am. My friends weren’t ready to go but I had work early and intended on waking up in my own bed. I tried to be responsible, and because of this a homeless man groped me on the subway.

I was more than buzzed when I left. Still I was on my toes. Not attempting to flatter myself, but being a blonde in rave outfit at 3am had me feeling like a target. I’m generally paranoid.

I made it to the subway no problem to find myself on a surprisingly crowded train. Squeezing myself through I find an open pole around a less crowded area. Figuring I had a couple stops to go, I opted to move from the door towards the corner where a burly man slept against the wall.

As we pulled to the next stop the train flooded with passengers. I was pushed backwards. To regain balance I stepped backwards, accidental landing on the foot of the burly man and waking him immediately. I was standing in between his legs, my hand landed on his knee to keep myself from falling. With both hands he grabbed my forearm. This man groped me on the subway.

“Don’t be shy beautiful. You can sit in daddy’s lap.”

The man was clearly intoxicated. Most likely homeless. He appeared to be atleast 40. I’m unsure why, but with his face so close to mine I froze. His tone was so vulgar, teeth so yellow.. I was shocked by his disgusting aggressiveness.

When I came to my senses I pulled my arm away. He released his hold on me as I to turned around to relocate. Unfortunately we were packed in, I couldn’t even stand up straight, I had to lean towards this disgusting man pressing my hand against the window behind his head for support. I looked away from him, ignoring his obscene demands and comments.

Before long I felt his rough hand running up the back of my bare thigh. Through the thick of people he had plenty of cover. His touch sent a jolt through m body as I quickly tried to force myself away from him. With more passengers coming on the train and nowhere to go, I was pushed up even closer to him.

With one hand resting on my butt through my dress, he brought his other hand to the front of my leg, dragging his fingers softly just above my knee. Although his hands felt rough and dirty, his touch was gentle in a strange way. I decided that with no other option I would just have to hope he wouldn’t take it too far.

I turned stiff as both of his hands began making their way under my dress. Suddenly the train stopped and he got up. I was hit with sudden relief, he was getting off.

As soon as he was out of sight I moved towards the door to have have an easy exit. The train was still crowded but with the creep gone I figured I might as well ride the train out. While pushed up against the door, face to the window, I felt those burly hands take a firm grip on my waist…

Forcefully, but not violently, he pushed me harder up against the door. I felt the stiffness of his cock through his sweatpants up against my butt. Whispering in my ear he began to slowly dry hump me, moving his hands to the front of my waist. Once his hands began to travel up the inside of thigh I struggled for release.

Bear hugging me he moved my closer to the wall. He begged me to let him finish as he began grinding quickly up and down my ass. At the time I felt the best thing to do was to obey him until the door opened. All our clothes were on but I still felt extremely violated. His heavy, rancid breathing was leaving spit on my ear and cheeks.

Thank god he didn’t follow me. Eventually I found my way home safely and immediately showered. Strangely, I didn’t feel traumatized or anything, just confused really. I decided not to tell my boyfriend that a man groped me on the subway.

Anyone else have an experience like this? It may have become quite a turn on for me…