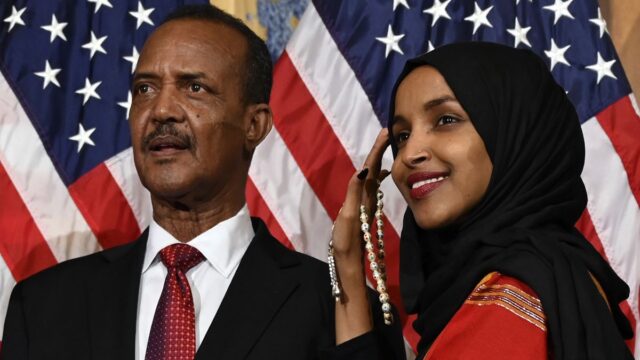 Ilhan Omar announced to the public today that her father had died due to complications that stemming from Coronavirus.

The Minnesota Democrat released a statement that said Nur Omar Mohamed had passed earlier in the day after battling the virus that has sparked a worldwide pandemic. He was 67 years old.” – NY Post

This is obviously extremely tragic news and hopefully politics can be put aside for a moment and sympathy can be shown toward Ilhan Omar and her family during this time.

Ilhan Omar released the following tweet yesterday in regards to her father’s death:

Surely we belong to God and to him shall we return.

It is with tremendous sadness and pain to say goodbye to my father, Nur Omar Mohamed. No words can describe what he meant to me and all who knew and loved him. pic.twitter.com/gb7q0gMXG2

Some conservatives on Twitter have already begun to take the high road on this situation.

I don’t agree with you on any policy but sorry for your loss.

There is usually no need to speak ill of the dead. Especially someone like Ilhan Omar’s father who died from Coronavirus at the age of 67. He was someone most people in the political sphere were unaware of until his diagnosis. It wouldn’t make much sense anyway to speak badly about Ilhan Omar’s policies and beliefs, her father is not a representative.

Still, some people on Twitter think that his social beliefs and alleged practices still warrant discussions on Twitter, even immediately following his death.

A good man would teach his children not to marry each other!

The validity of the allegation of Ilhan Omar marrying her own brother is still undecided, according to Snopes.

Regardless of the suspicions behind Ilhan Omar and her brother, or views on her platform, her father still died from Coronavirus very recently.

Sorry, hon. Bad news. If he was worshipping Allah, then he was idol-worshipping and that's blasphemy.

Good news is that, you know this now. You can repent of your sins and turn from your lawlessness. You ask for forgiveness, salvation and faith through Christ Jesus.

I think that at least for now, comments like the one above are definitely not in good taste.