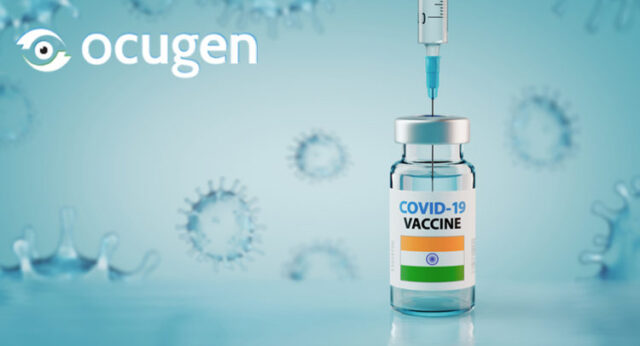 Ocugen is expected to receive Emergency Use Approval by the World Health Organization for children under 4 by end of November at the latest. Ocugen partner Bharat Biotech has a COVID-19 vaccine that has been tested by WHO on a rolling basis since June.

After Phase III trials the Subject Expert Committee announced that the vaccine had an efficacy of 77.8% in preventing Covid-19.

Shortly after, Ocugen announced that they are expecting Emergency Use Approval by WHO and are “on track”.

Despite already being used in India, the WHO announced yesterday that they have requested one more piece of information from Ocugen before they are ready to give Ocugen the green light on Emergency Use Approval.

They are seeking Emergency Use Approval in both Canada and the United States, along with many middle to lower income countries.

Unsurprisingly, the WHO does not want to take approval lightly. With other vaccines already in circulation (Pfizer, Moderna, etc), there is less of a rush than the first go around.

That being said, there are countries around the world filled with pockets of low-income areas still looking and needing an effective vaccine.

Hence the tweet from WHO, noting that they understand there is an urgency to get this approval through.

“When the information provided addresses all questions raised, WHO and the Technical Advisory Group will complete the assessment and come to a final recommendation whether to grant Emergency Use Listing to the vaccine,” it added. – Source

How Soon Can Approval From WHO Be Expected?

Experts have predicted that Ocugen and Bharat Biotech will get the nod for Emergency Use Approval by early to mid-November. Some say it could come as early as this month.

1. This is typically how the WHO operates. We saw a similar process when it came to AstraZeneca and Moderna approval. The fact that only yesterday the WHO tweeted that they just needed one more piece of information is a very good sign for Ocugen.

2. There is a strong need for another COVID-19 vaccine in many third-world countries around the world. To Americans and Canadians it may seem like there is no need, and for them their may not be. But over half of the worlds population is still in dire need of help against COVID-19 and the WHO knows the only way to get them the help is further approvals.

They will follow their due diligence as necessary but we can expect Covaxin (name of vaccine) to get emergency approval sooner than later.

Ocugen stock value has been a roller coaster the past few weeks.

Which is unsurprising given all the news and PR that has come out both from the company and WHO.

As of now the stock is a big buy/hold. There isn’t much to lose here. Best case scenario, they get approval and the stock skyrockets. Worst case, they hold their own as the company they always have been and eventually level out at about $15 per share by January.