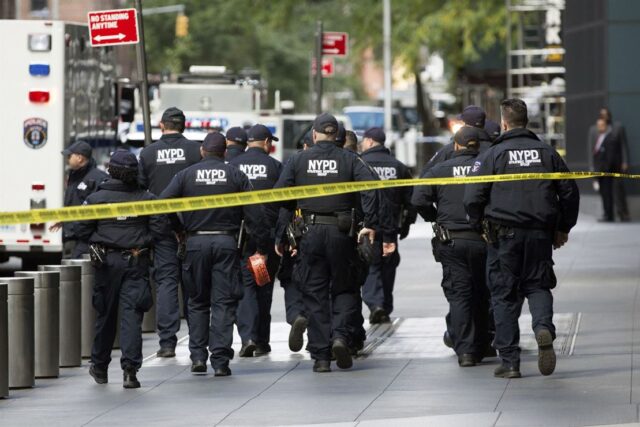 Residents of NYC may have to get ready for a hectic July 4th this year. Officers in the NYPD have reached a tipping point. In an act of protest, the entire NYPD is expected to strike on July 4th. Meaning there will be no officers available to respond to any emergencies.

Text messages circulating throughout the New York Police Department are calling for members to “strike” on July 4 in protest of anti-police rhetoric and budget cut proposals as tensions in the wake of recent officer-involved deaths have reverberated across the city and country, sources confirmed to Fox News.

“NYPD cops will strike on July 4 th [sic],” states one of the two messagesbeing sent around the NYPD. “To let the city have their independence without cops.”

The flier states that the alleged “strike” will begin at “1500 hours,” or 3 p.m. The New York Post was first to report the news. Fox News has confirmed the report and obtained images of both messages. It wasn’t immediately clear who started the chain.” – Fox News

The message goes on to explain that due to the Taylor Law, public emergency employees can be arrested for striking. Therefore, the message instructs all police to call out sick. This will allow them to effectively “strike” without facing any repercussions.

“The message, which was sent out Thursday morning, also describes how an officer should go about taking a sick day on July 4, 2020 – “the date that we will make our voices heard.” If officers are initially denied their advance request for the day off, the message further encourages them to phone the NYPD’s “sick desk,” or even go into work that day and request a “bus” – a term used to refer to an ambulance – to pick them up, according to the message.” – Source

The NYPD going on strike, especially on the 4th of July, is a terrifying concept. Even with the NYPD in place burglaries and assaults happen in NYC on a daily basis.

“NYPD cops will strike on July 4th to let the city have their independence without cops,” the message, which is being passed among cops via text, according to sources.” – NY Post

“This is in response to the anti-police, **** the police climate that this city is in right now.” One NYPD officer explained to us, “We don’t deserve it, we’ll give them full independence on independence day it’s what they want”.

Many residents are worried about the high amount of looting that will occur if the NYPD went on strike on July 4th. Especially if looters know in advance what day the police will be taking off.

A lot of other residents don’t believe that the entire NYPD will actually go on strike. That it is too large of a department and too essential for that to happen. These people may be in denial and may want to leave the city on the 4th. According to Patrick Lynch, although the department is large, they can all quickly and secretly communicate with each other. So that isn’t an issue. He also believes that the department going on strike is not only a possibility, but that it likely will happen.

With citizens of NYC not showing any sort of respect or support to the NYPD, a mayor that has turned his back, and a governor who just recently signed in stricter restrictions on the force that the NYPD can use, the July 4th strike is expected.

Residents of New York City should plan to be out of the city on July 4th. With the NYPD not on call, the city could see one of the most crime ridden days in history.