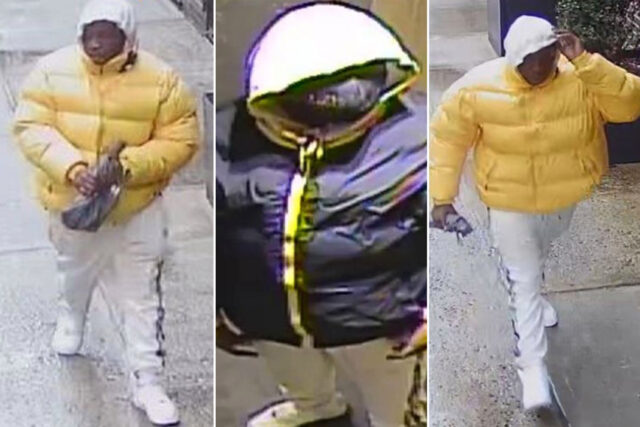 This is one of those stories that leaves you with a serious pit in your stomach. It is not only tragic, but it is straight up disgusting. Some sick creature dressed up as a deliveryman gained access to an apartment owned by an NYC woman. On entry he grabbed her by the throat.

This man has now been identified as Elijah Kelly, 23. He was residing in a nearby homeless shelter that is notorious for housing sex offenders.

After closing the door behind him, Elijah Kelly continued to forcibly choke the 27-year old NYC resident until she fell unconscious.

When the woman regained consciousness she was being violently raped vaginally and anally. According to police.

The victim called the police immediately following the attack. She was transported to Bellevue Hospital.

Why Is No One (Including NYC) Talking About This?

OK there are two huge glaring issues with this attack. First of all, why is no one reporting on this? There were people living in the SAME BUILDING as the victim who were unaware of this attack.

The New York Times, CNN, WAPO, no one has touched this! Why?!

This is a horrific story. This woman will never be the same after such a brutal and life-altering event. Physically and mentally she will be scared forever.

And it happened because a homeless guy saw her, stalked her, and dressed as a delivery man. It was that simple.

This story NEEDS to be told in NYC. Where people in quarantine are buzzing up delivery men left and right, you would think it would be good for young women in NYC to take notice. Considering this very well may be a recurring event and realistic fear that women in NYC need to keep in mind going forward.

Why is de Blasio not giving a press conference on this?

I know bad things happen in NYC every day. But this is literally “SVU” level of sickness. And it’s something that’s plausible and could become a trend. Yet people in the building weren’t even notified?

Absolutely, and unbelievably ridiculous. The New York Times should have an article out about this and the possible dangers of buzzing in strangers. That would be pertinent knowledge. Instead of actual residents finding out about this event 4 days later from the NY Post.

Why Was Elijah Kelly Not Behind Bars Already?

This is my second gripe with this whole story. And to be honest it leaves me fuming.

Surprise! This wasn’t his first offense!

“The homeless Manhattan man charged in last week’s strangulation rape of a 27-year-old woman had grabbed the throat of the mother of his child months earlier, according to police and court records.

Elijah Kelly, 23 — who was busted Saturday in the New Year’s Eve rape in Kips Bay — also “jumped” his own father in June, the documents claim.

Kelly was released without bail in both cases, which are still pending, when he launched his latest attack, say cops and court records.

He allegedly strangled his ex in Jamaica, Queens, on May 23, the records show:

The woman, with whom he has a child, got an order of protection against Kelly in March. But that didn’t stop him from allegedly attacking her two months later.”

Why does this country take violent crime so lightly!

Just so people don’t start making this a race thing. Let me bring up my favorite example proving why America asks for these tragedies.

When they looked into his background guess what they found?

Huge red flags of someone who has NO EMPATHY OR REGARD FOR HUMAN LIFE.

Devin Patrick Kelley regularly assaulted his wife. He beat her up and raped her daily. One day he hit her son (his step son) in the temple with his pistol. The child had just turned 2 years old. Kelley used full force when hitting the child and caused permanent brain damage. Doctors said had the blow been an inch higher it would have killed him on impact.

We had this guy Kelley behind bars. If hitting a toddler doesn’t show lack of empathy I don’t know what does. You have proof that this guy DOES NOT care if other people get hurt. He has no empathy, and he is SICK. Keep him behind bars.

But no they release him. And then everyone acts shocked when he shoots up a church. Something that could be completely avoidable if we, I don’t know, didn’t release people after 3 months when they almost killed a baby?

With 70% of the prisons full of non violent drug offenders how could we possibly have the room to house the bad eggs? It’s not like that’s the actual purpose of prison or anything.

Anyway in the case of Elijah Kelly why in the world was he given no bail after two violent attacks one of which breaking a court order protection?

Is it because it was “in the family”?

If that is the logic then the criminal system is stupider than I realized. If someone cares so little about their own family, you don’t think they could possibly treat strangers even worse?

This 27 year old woman was failed twice by NYC.

First when they let this sicko back into the streets.

Second when they did nothing to let her story be told, a story of a young NYC woman getting raped by a fake deliveryman during lockdown. When every one in NYC is letting in delivery people left and right. That way at least her horrific event could maybe prevent a similar situation.

But I guess that doesn’t matter to NYC or de Blasio because this story doesn’t feature an increase in infections or match whatever the agenda of the city is right now.