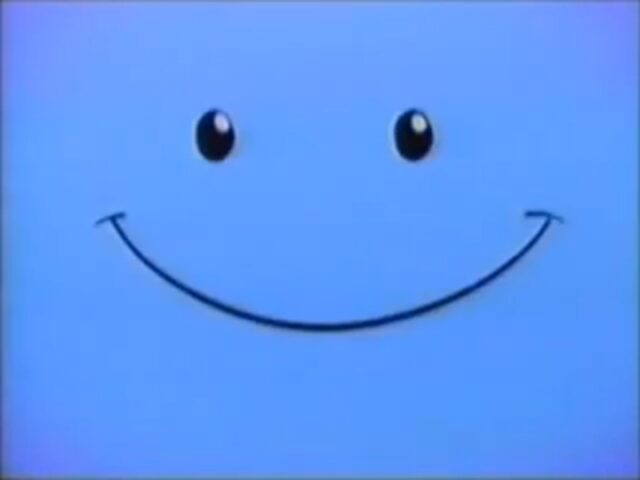 Before we get into celebrating and bringing awareness to this very important date. And I do think this date needs more awareness. Two days from now is the 25th anniversary of Nick Jr Face. Feel old yet? If not, you may feel old when you see just how far we have come from the original Nick Jr Face.

I do want to give a quick disclosure on the lack of info we have on Nick Jr Face and the reasoning for it. I am 25 years old. Meaning I was about 10 or 11 years old when Face (unknowingly to me in 2004) was given the Axe. By this time I had big boy shows to watch like Pokemon and Hey Arnold… And due to my 7 year old attention span, I hadn’t thought about my old pal in over 3 years…

Basically my point here- my memory is a little fuzzy on Face. But here’s the real problem, everyones memory is. Because no one was actually watching. I, and probably yourself, were basically brain dead. Do you think your 30 year old parents were paying attention? More likely they treated it like Putt-Putt; as long as it kept you quiet there were no further questions.

How Old Is Nick Jr Face?

Assuming that Face is still alive, and this is just a 25th Anniversary of Nick Jr Face, then the man should be turning  young 25!

“On February 18th, 1993, Nick Jr. re-branded and introduced Face, an animated host that introduced, and wrapped up shows, and smaller variety pieces. In the context of his segments, Face was capable of materializing objects such as an astronaut, a robot, a clown, a window, a traffic light, stars, even wood, and of creating any number of foley sound effects including a signature three note ‘trumpet’ noise always following the name “Nick Jr.”. – Wikipedia

So age 25 confirmed! Now the part we are a little nervous about…

So what do we have? Who can we turn to for specifics of Face and his best moments? My age group has suppressed memories at best, our parents actively ignored it, the generation between us didn’t know it existed. And obviously we can’t trust the kids who were watching him in the early 2000’s.. God knows what Face has become by then.

OK: In case you are really curious, here is what Face had become by 2003. It is also how he ended in 2004. Viewer Discretion is advised.

Like I said, I don’t remember much. But I know he didn’t make appearances that looked like they were inspired by PowerPoint transition effects. Bouncing in as a ball, unfolding like hes Origami, they even had him drop down in the form of a window shade… That was pretty much where I lost it. Luckily that was the end of the video.

I remember him being a simple box. One color at a time, he would encompass the whole screen as well as my heart in one swoop as he cracked a few jokes and gave us the Saturday morning line-up. Then we grew up. And we lost touch.

“He (Face) first appeared in between airings of shows on September 5, 1994…Face appeared in over four hundred Nick Jr. commercials from 1994 to 2004, in addition to two “guest appearances” as part the TeenNick programming blocks The ’90s Are All That in 2011 and The Splat in 2015.” – Nick Jr Wikia

So no worries! Nickelodeon Celebrates The 25th Anniversary Of Nick Jr Face and if you can see blow you can observe Nick Jr Face steadily decline mentally a physically through the years.

Here is the original Nick Jr face is anyone is interested:

Ah OK, you don’t want to celebrate his anniversary. You guys want to sit around and talk about how the Original Nick Jr Face used to rake in the dough for you while he sweat it out trying to make ends you meet. You could at least PRETEND this is a celebration of his life, rather than your profits…

So yes, this is the 25th Anniversary of face. Our beloved childhood character who we can barely remember. And since we left him, his career has been nothing but a downward spiral. But as a wise man once said, it’s not about what someone said, but how they made you feel. So let’s all remember how he made us feel on those Nick Jr mornings, and when Nickelodeon celebrates the 25th anniversary of Face, let us all take a moment of silence, a moment of remembrance, a moment of joy.