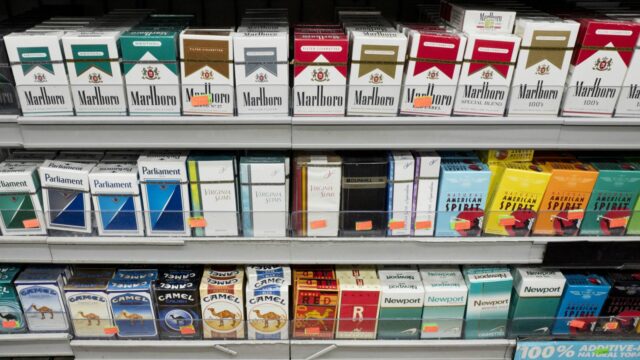 Now, obviously I’m not coming out here to advocate smoking to all of you. I am merely putting forth some psychological reasons why people smoke cigarettes. These are relatively new studies and go against some conventional understandings of nicotine addiction. But these scientists are proposing that it goes deeper than the standard physical addiction we once believed to be the main obstacle. In the Psychology world, these are three currently popular psychological reasons why people smoke cigarettes. Is smoking still seen as cool? You’ll be surprised as to why…

Yes. I know this is unbelievable, so I will drop the source for all you skeptics before I even start. Source: UCSF, Department of Psychopharmacology

That right there is a study from New Zealand reporting that smoking increases your IQ by as much as six entire points. This is far from the only study to make such claims. Stay with me here I do have a point, I promise.

Before long, countries including Denmark and Sweden were publishing research papers with shockingly similar findings:

Gjedde also refers to the Swedish professor of genetic developmental biology, Klas Kullander, who found that nicotine promotes learning and memory: “Nicotine affects receptors in the memory center. You simply get better at organizing your memory. “, said Gjedde, “Smoking increases the IQ six points in tests.”

The Danish and Swedish findings are an extension of the large meta-analysis of the past 40 years of nicotine research, which was created by the U.S. government’s “National Institute of Drug Abuse” in 2010. – Sott

Whatever a person’s reason for smoking was originally, it now may be a habit they keep up to maintain their slightly heightened intelligence. This type of response to nicotine tends to effect those of naturally high IQ as is. This is because smoking a cigarette won’t turn a dimwit into Einstein, but for someone with above level intelligence in the middle of a high-stress situation, a little nicotine could be the boost needed to get the wheels turning and find the solution to a problem. One of many reasons why people smoke cigarettes.

Do you find you enjoy cigarettes most while chain-smoking through political debates with your friends? Or maybe when you are driving alone, and you light up a stick because you’re mentally planning your day and smoking during that makes sense to you. If these are the times you are most inclined to smoke, it is very possible you are an “intelligence smoker”. You enjoy the slight raise in IQ because it helps your mind just make it over a mental hump when you have a lot going on. At least at first. Before long an “intelligence smoker” who smokes frequently will grow accustomed to their slightly raised intelligence. This is a psychological reason why people smoke cigarettes, which brings me to my point of why some people have trouble kicking the habit:

As Doctor Reuven Dar explains, after years of smoking, going without it makes you feel like a less intelligent person for a period of time.

“Depression, fatigue and lack of concentration, as many ex-smokers experience when quitting smoking, probably reflects the ex-smoker’s unfulfilled expectations of being able to solve everyday small and large tasks as easily as he always did – when he was smoking. These expectations disappear when he has grown accustomed to ride in the brain’s natural, lower gears – without nicotine.” –  Dr. Reuven Dar

Sometimes caring too much, thinking about too much, can cause over-activity in the brain. Leading to stress, depression, anxiety, however the specific person is wired to handle their meltdowns. This is why intelligent people are more likely to experience those symptoms such as anxiety. In turn, leading one to turn to cigarettes as a form of relief. Attempting to relieve anxiety in this way is a psychological reason why people smoke cigarettes.

Lip Gallagher is a perfect example of this!

2. You Just Don’t Give A F**K! (Or You Care TOO Much And Your Anxiety Has Peaked And Made You This Way To Protect Your Ego)

Think of all the people you know that smoke cigarettes.

Not the fakers, or the frat guys who “smoke parliaments” when they drink.

I’m talking about the people that you go outside on smoke breaks with ritually, daily, Monday through Friday. People that smoke when they are drunk as well as when they are sober. Usually with a hot coffee, sluggishly driving to work the next morning. They buy packs. They smoke alone. Even if you never see it. You know they do, because they are a smoker. And you smoke alone so they must do it too.

That’s the kind of smoker I want you to picture. As many as you know.

What do they all have in common?

To some degree, however small it may be, a piece of them doesn’t give a fuck.

All the smokers I told you to think of. Answer me this.

Are they not some of the least judgmental people you know? Some of the most rational people you know? Is one of them the person you would call if your car broke down in a rainstorm? But on the flip side, it’s also every heroin addict you happen to know. Or the kid who used to steal Ipods out of backpacks in Middle School.

There are a lot of reasons why people smoke cigarettes. I’m not trying to put it out as a positive or a negative, just a truth. Every smoker has one thing in common, like most people on this earth, a little bit of them is in pain.

Whether you see it as good or bad, it’s the reason smoking circles never have trouble striking up conversations. For the next 6 minutes, it’s you guys against the world.

1. Science Has Proven Smoking Is Seen As Cool…As Recently As 2014…

Why is an expensive product that slowly kills you while making you smell bad still considered cool?

Oh right, because being cool is about not caring.

So to be genuinely cool, you have to somehow prove you genuinely don’t care.

And if you refer to point number 2 above, all genuine smokers genuinely don’t care (at least a little bit). I mean, why else would you smoke something daily that you know is going to kill you? I guess the only more confusing question would be, why do people think you’re cool because of it?

If only they knew the psychological reasons why people smoke cigarettes…

Not just making this all up, this is science!