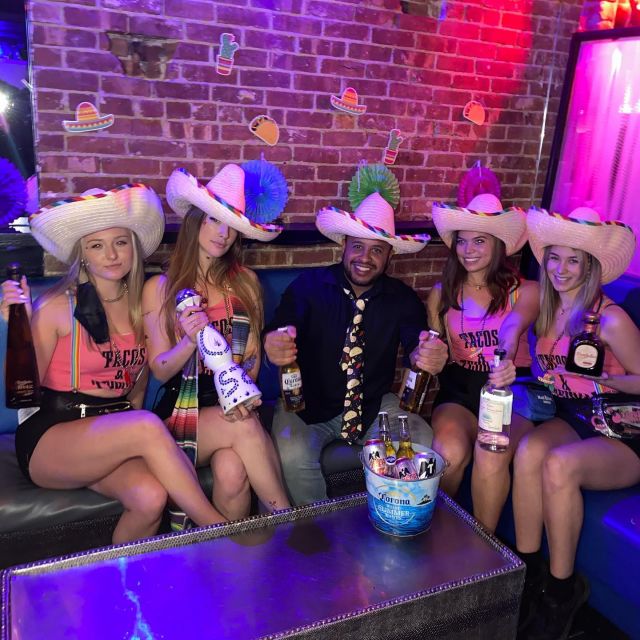 Not great timing for the Madd Hatter considering what the Ashford is currently going through.

Two weekends ago Mansi (a photographer from San Francisco), took to Yelp to talk about her horrific experience at the small Manhattan style club/bar in Hoboken.

Mansi alleges that not only was she sexually harassed at Madd Hatter in Hoboken. Not the first claim of sexual harassments we have heard in bars out of Hoboken. But she says management then did not believe her accusations, and proceeded to throw her and her friends out of the bar because they were brown.

Mansi then goes on to explain that the Madd Hatter staff then forced her and her friends to finish their meals on the ground outside the restaurant “like a villager”. (It is unknown as of now if a staff member actually called them villagers).

But most believe that her and her friends were forced to remain outside.

Madd Hatter Hoboken has long been accused of a bar that objectifies women, but the racial accusations seem to just be coming to light.

Mansi highly recommends that no one visit this bar. Despite the current plea for help from small businesses in the city of Hoboken

We cannot say for sure if Mansi’s claims are accurate or not. In 2021 one would like to believe that a restaurant would never allow a group of women to be sexually harassed and then in response make that group of people finish their food on the ground outside and call them “villagers”. Just because of the color of their skin.

A History Of Racist Accusations For Madd Hatter Hoboken

Hoboken is generally considered a progressive town. So it may be surprising to see this in Hoboken, but unfortunately maybe not at Madd Hatter.

This accusation is far from the first of it’s kind. After a little digging the Today’s Five team found there is quite a bit of an understanding that Madd Hatter carries racial undertones.

And possibly a general sexist attitude towards women.

According to Ashley, her and her friends were asked to finish their meals in under 10 minutes, and given watered down drinks, all due to the color of their skin.

Like Mansi, Ashley asks that you do not support Madd Hatter in Hoboken.

Any of these on their own I might call isolated incidents. But the accusations of racism continued to pour in.

Some commenters even alleging that Madd Hatter has been known to be racist for years.

According to Gabrielle, Madd Hatter Hoboken didn’t even deny the racist acts that were being committed.

While everything may seem circumstantial, it is worth noting that other bars lately in Hoboken seem to face similar accusations as well. Lending some credit to the possibility that it is rooted in some truth.

Update: After a brief investigation from the Today’s Five team. It appears that if you are of color and wear a do-rag to Mass Hatter you will be told you are violating dress code and denied entry.

Update 2: Turns out multiple accusations go back as far as 2018, it was not only Gabrielle who experienced racism at Madd Hatter –

It appears Madd Hatter has had vague polices against do-rags for quite some time now. Or is it more than the do-rag?

Wolf from New Jersey also has had racist experiences as well as accusations of a hostile work environment for women.

Fossil Found On Mars Points To Ancient Ocean Life, According To NASA