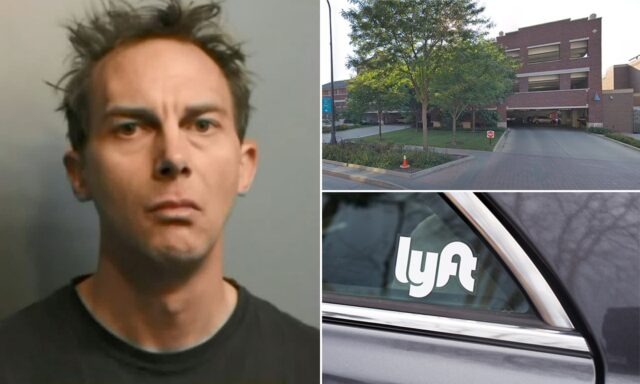 “DENVER — Lyft driver kidnaps female passenger over the weekend. A local mother says her Lyft ride home turned into racial harassment and attempted kidnapping as the driver veered off the route.

The ride-share company has since fired the driver as police investigate.” – Source

Lizbeth Ligon was taking a flight from Sacramento back to Denver, where her husband and 3 kids live. Her flight was already delayed and Ligon was very anxious to see her kids who had been missing her. Ligon called a Lyft at around 8pm that night once her light landed.

She entered the car while on the phone with a business colleague, but before long she knew something was up.

“He tilted his rear-view mirror down, so it was looking down on me directly,” Ligon said. She says that made her uncomfortable but she stayed on the phone, until she says the driver gave an unprompted, racist outburst.

“He just shouted out in a very loud voice, he said, ‘You f—ing Mexican.’ And I was so stunned and I said, ‘Excuse me?’ And my friend on the phone said, ‘What did he just say?’” – Source

Shortly after this alarming outburst, the driver made an extremely sharp left across multiple lanes of traffic turning onto a side road off of Pena Boulevard. This was a road that Lizbeth Ligon was unfamiliar with and immediately she began to panic. And understandably so, such erratic and violent behavior after dropping aggressive racial slurs is clearly a dangerous situation. Unfortunately things only got worse.

According to Ligon it was pitch black and the driver had turned his headlines off as they made another turn down a second side road, this one was a dirt road with no marked street sign. Ligon tried to reason with the driver in a last attempt and was told by the driver that “the ride would end on his terms.”

“I said, ‘Where are you going? I’ve never been taken home this way. What app are you using?’” Ligon said.

Ligon says the man answered with expletives and told her the ride would end on his terms. With that, she grabbed the car door to get out.” – Source

The expletives and the racial slurs did not stop. According to the victim the driver had told her that she did not belong in the country, and if she didn’t start speaking English properly she would drive both of them into the river. The driver than stopped inches before the cliff, giving Lizbeth Ligon just enough time to escape.

“Ligon says the driver slammed on the brakes and she was finally able to get out of the car.

She says the driver turned off his headlights and then drove away. She called police. The Denver Police Department says this is an open and active investigation.” – Source

Lizbeth was able to escape but when she called the Denver police and they began their investigation, the news she received a few days later was scarier than she expected.

“Ligon was told by a detective the man gave a fictitious address to Lyft and is proving hard to track down. She worries he could be driving for another company. Ultimately, she hopes others pay close attention while using ride-share apps.” – Source

A Lyft driver kidnaps a female passenger, and he cannot be located.

Lyft has released an official statement regarding the incident.

“Lyft has a strict anti-discrimination policy and we are committed to maintaining an inclusive and welcoming community. The behavior described is completely at odds with our values as a company. We have permanently banned the driver from the Lyft platform, reached out to the passenger to offer our support, and reached out to law enforcement to assist with their investigation,” – Lyft

As of now it is unclear if the driver gave an incorrect address, or if he was never a driver for Lyft at all. The important take away from all of this, please everyone, check the license plate and make and model of the car picking you up. Lyft driver kidnaps a female passenger, stay safe out there folks.