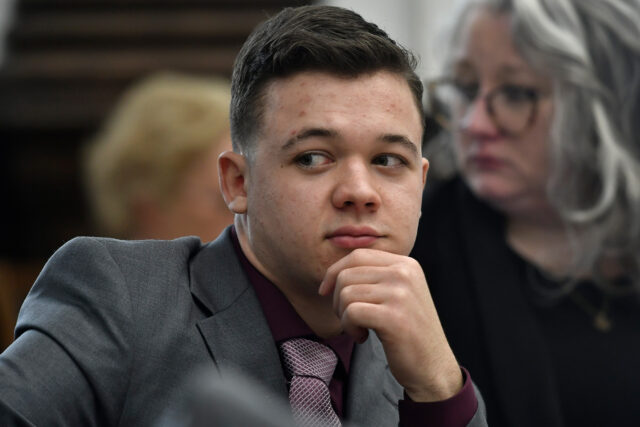 Insiders at Today’s Five have confirmed that Judge Bruce Schroeder will be issuing a mistrial on Kyle Rittenhous (unless the Jury finds him innocent on all charges) and his ongoing case.

The decision will be announced later today or tomorrow morning.

Update 11/19, 12:27am ET: Judge Schroeder is letting jurors rewatch tapes as he decides which mistrial motion to proceed with. If he chooses mistrial with prejudice, there will be no re-trial for Kyle Rittenhouse.

In large there are three reasons why Judge Schroeder chose to declare a mistrial on the case of Kyle Rittenhouse.

However, the decision comes mainly from technicalities regarding the DA’s handling of evidence.

Lack Of Cooperation From The DA – Brady Material

There are two main arguments from the defense team as to why a mistrial based on prejudice is necessary.

First, the state did not release a high quality piece of evidence. Drone footage of the event in much higher resolution than the video that was presented to the jury.

Not handing over the footage is a Brady Material violation and thus in response, a mistrial must be declared.

“Defense attorneys say in their motion that they were given a compressed version of the drone video that was only 3.6 megabytes, while the state had a higher resolution version that was 11.2 megabytes.

Schroeder told attorneys Friday he would let the jury decide on the video.” – Source

Update 2:27pm ET: The prosecution team has admitted that the evidence was omitted. They are now attempting to explain that it was a technical error.

And that makes this a Brady Material violation.

Second, there is argument that the DA purposefully made it seem like Kyle Rittenhouse was pleading the fifth this entire time.

When in reality he has been talking to the DA for months. – Source

Therefore, there leaves reason to believe the jury was misled.

Judge Bruce Schroeder has a history of being against trials open to the media.

He believes they change outcomes and need to be hidden from the public.

“He frequently complains about media bias and the impact that news coverage can have on prospective jurors.

As Judge Schroeder quizzed prospective jurors, he said that he has read news articles on the Rittenhouse case and has asked himself whether he was in the same courtroom that was described in the articles.” – Source

Many are speculating that Judge Schroeder declared a mistrial for Kyle Rittenhouse due to fears of being attacked by the media or by physical individuals in his state.

Others say the mistrial for Kyle Rittenhouse was declared to avoid riots in the local community.

We have seen a case with a similar outcome recently.

As the jury was reviewing the video they requested to see again. Judge Schroeder returned to his chambers.

We soon found out why.

“I haven’t even had a chance to read the motion to dismiss. I just got it yesterday.

And I really think before I rule on a motion, I should let the state respond. So why anyone would think, it is odd for the judge to sit on a motion to dismiss, I have no idea.

And the recommended course, I think for judges, at least that is what I was educated to believe, was that motions to dismiss should be kept under advisement, unless they’re crystal clear and they have had a chance for both parties to respond.

Which we didn’t have in the heat of the discussion on the day the original oral motion was made,” Schroeder told the court.”

With that in mind, it’s not surprising that the judge took so long to officially declare a mistrial for Kyle Rittenhouse.