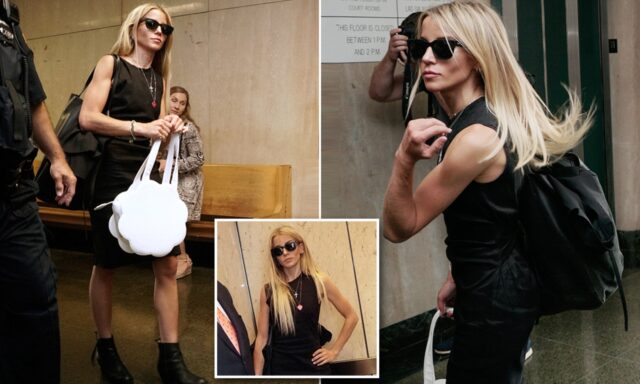 “The wild-child niece of former Veep Joe Biden stole more than $100,000 in a credit card scam — and quietly cut a plea deal in Manhattan court that spares her any jail time, The Post has learned.

Using a borrowed credit card, the blonde Caroline Biden set up an unauthorized customer account at Bigelow Pharmacy on Sixth Avenue in Greenwich Village, and racked up the six-figure bill over the course of a year, according to a criminal complaint that does not name the victim card owner.” – NY Post

This of course comes after her first arrest which happened back in 2014. When she told police that they were making a huge mistake by arresting her. She was charged with resisting arrest, obstruction of justice, and harassment charges involving her roommate.

She was acquitted of all charges. “In that case, the silver-spoon Georgetown University graduate was accused of taking a swing at a female cop who responded in Sept. 2013 to a drag out fight over unpaid rent between Biden and her roommate.

“I shouldn’t be handcuffed!” cops said Biden railed at the time. “You don’t know who you’re doing this to!”

She was given another sweetheart deal in that case: a promise that the charges would be dismissed if she stayed out of trouble for six months.

The charges were eventually dismissed and sealed.

Biden didn’t even have to show up in court to get that deal — her then-lawyer James Liguori told another Manhattan judge that she was serving her second rehab stint at Caron Renaissance Ocean Drive, a posh inpatient facility in Delray Beach, Fla.” – NY Post

She swung at a cop, and the charges were dropped without her showing up in court.

Call it what you want, white privilege, political privilege, economic privilege, but it is 100% not normal to attempt to assault an officer and get off with a 6 month ACOD and then eventual dismissal of all charges.

You know what happens to black people in Manhattan when they have a drug problem and swing at a cop? And their uncle isn’t Joe Biden?

They get held in Rikers for 300 days with no trial.

We all just accept that some people don’t have to play by the rules. While at the same time Judge’s will throw the book at a random person to “make an example of them”.

This is not an anti-democrat post. This is a general reminder that we have to follow rules while “the elites” can try to punch cops and go home that same night.