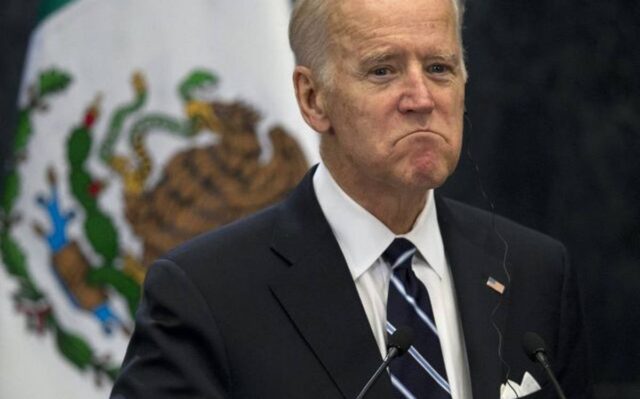 The allegations against Trump in regards to working with Russia in the 2016 election have been disproved, and as expected, the president is looking for recognition. The president quickly coined the term “Obamagate”. Which has become synonymous with the false accusations. We have heard the term Obamagate get thrown a lot, but no one expected Joe Biden to be the mastermind behind Obamagate. Or the mastermind behind much for that matter.

The term allegations is used lightly here as the courts dismissed them. I don’t even know why Biden would WANT the credit for this. It failed. And made the DNC look bad.

In the first quarter of 2017, Trump accused Obama of illegally wiretapping Trump Tower during 2016 presidential election campaign. Trump claimed Obama had no reason to believe the meeting was about a counterintelligence investigation into Russian interference in the 2016 elections. The courts agreed. As usual, the Obama administration brought Trump to further political prominence.

Now recently, Obama starts trash talking Trump’s Coronavirus pandemic response as an absolute chaotic disaster. Trump, the Twitter warrior he is, did what we all expected.

Joe Biden and other Democrats dispersed Trump’s speeches and comments on Obamagate as a distraction by Trump to divert attention from growing criticism of his handling of the Coronavirus crisis and have slammed Trump as a president who doesn’t bring the country together.

Mr. Biden served as vice president in the Obama administration during the passage of the Affordable Care Act, and health care remains a top flight for him. Because of his family’s personal tragedies, health is the greatest asset that he can offer to America: He lost his first wife and an infant daughter in a car accident in 1972, and in 2015, his son Beau Biden died of brain cancer. Health care, he said in an early television ad, is “personal” to him. He supports adding a public option to the Affordable Care Act, but opposes “Medicare for all”.

Mr. Biden, who served for decades in the Senate, firmly believes in the value of bipartisanship and insists on extending overtures to Republicans even in a moment when many in his own party don’t see negotiating partners on the other side. His campaign also has space to engage independent voters and moderate Republicans.  As a former chairman of the Senate Foreign Relations Committee, he also speaks passionately about asserting and defending America’s role as a leader on the global stage.

Mr. Obama did not endorse Mr. Biden until the primary race was settled, but he and Mr. Biden forged a close relationship in his administration. Mr. Biden talks about their friendship frequently, as well as the work they did together on issues ranging from health care to foreign policy.

Some of Mr. Biden’s biggest applause at campaign events came as he praised Mr. Obama. This is to show that his dream of upgrading the Obamacare was going well. And many Democratic voters, especially African-American voters, have cited his relationship with Mr. Obama and nostalgia for that administration in explaining their current support for Mr. Biden.

The Pandemic seems to be affecting Mr. Biden’s political dream to become President as he awaits his fate as he is staying safe at home. Still if Joe Biden was the mastermind behind Obamagate, then losing the election would be his own doing.

Joe Biden could be seen as the mastermind of Obamagate because of his close relationship with former president Obama. The duo seem to be great buddies. They exercise together, watch games together, play golf together, do daddy duties together etc. There bonding worries Republicans and President Trump might not be fascinated with this as he is not a supporter of Obama. The Obama/Biden have spiked lots of attentions are they are not ashamed of their fondness in front of a crowd full of people.

The President of the United States will always see something odd in Mr. Biden as Biden has been a great counterpart with Obamagate, the false allegations concocted will always be a part of Joe Biden because of his audacious relationship with the former president Obama and he will always be called the Mastermind behind Obamagate while he has an interest in running for office of the President of the United States and his plans to redevelop Obamacare.