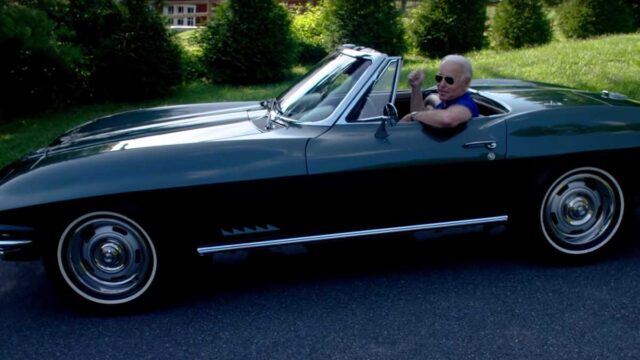 Well Joe, I thought you were going to take some time off after the whole Toilet Gate scandal. But now Joe Biden wants to take a extremely unnecessary stab at NASCAR.

Which is one of the biggest sports franchises in America. Especially in the southern and mid-west regions of the country.

Now all that being said, NASCAR is without a doubt facing the lowest attendance it has seen in decades.

But here is my main thing. If Joe Biden wants to make a comment like this about NASCAR, he should understand that his comment is beyond unintelligent. For so many reasons.

“It’s not the sport for me… in fact it shouldn’t be a sport for anyone. It takes no skill. Woman could do it (laughs with small audience) it should be a womans sport! You know! And and and the real thing, is electric cars are manly. These NASCAR races single handledly destroy the ozone. Is that worth a corndog and a pileup? I don’t think so. (applause) Thank you everyone!” – Joe Biden Interview With The Drive

Ummmmm OK Joe….Have you gone 200 MPH around Daytona over and over for 3 hours? Can you even drive a stick?

Well after a little research. It turns out he can.

“”And by the way, they tell me, and I’m looking forward to it if it’s true to driving one, that they’re making an electric Corvette that can go 200 miles an hour,” Biden said in the ad, using his distinctly Biden manner of speaking. “You think I’m kidding? I’m not kidding. I’m excited about it.” – Source

Now before I delve into this. I want to point something out.

Joe Biden said NASCAR is for girls. By that connotation he is implying “NASCAR is weak, and so are girls, that’s why girls should do it”.

I thought this was the progressive guy??

But Joe Biden can come out and say weak/boring is synonymous with girls? Great message the DNC is sending…

He has an ELECTRIC MUSCLE CAR.

How are you going to come out and say NASCAR is for girls when you won’t even drive a gas car, let a lone take it around a track at 200 MPH.

Wether you want to admit it or not Joe Biden, NASCAR drivers have talent. And their cars don’t drive themselves like yours do.

Speaking of Joe being too rich here’s another scandal where he got his niece out of 2 felonies (one was hitting a cop).

Maybe this is all an attempt to show the dems can hate on sports mostly enjoyed by conservatives?

I don’t know, I’m not even a NASCAR fan. But Joe Biden you really need to pick your battles man. This one wasn’t it.