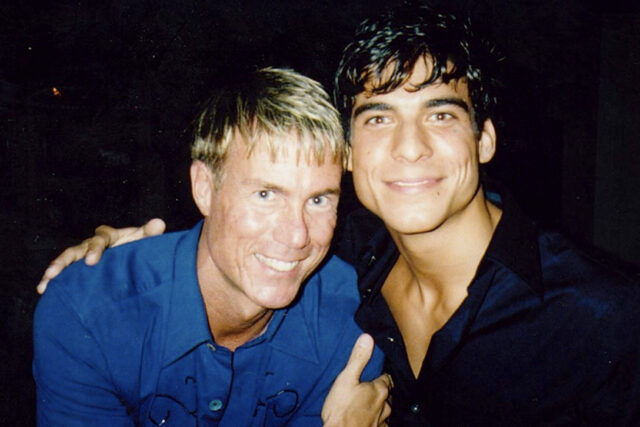 “This season on Vanderpump Rules, the speculation that Jax Taylor may have had a relationship with a guy during his modeling days in Miami popped back up again (in jest) during his birthday roast. The joke didn’t sit well with his girlfriend Brittany Cartwright’s mom, and Jax wasn’t all too pleased that his friends used this moment to shine more light on it. Well, the conversation came up yet again during Wednesday’s Watch What Happens Live with Andy Cohen.” – Bravo TV

Well, it turns out that these earlier rumors, coupled with Jax’s recent outbursts in the latest seasons of Vanderpump rules point to a bigger issue than just general anger.

From the get-go we can see Jax is a very flamboyant character. He is always dressed up well, has a high dedication to the gym and how his body looks, hair is always on fleek.

But behind this masculine looking juice box, is a guy that clearly does not have it all figured out upstairs. He is constantly trying to create drama with everyone around him despite being in a “happy” relationship. So something isn’t adding up. Jax’s psyche is confused by something. And I think it is confused by his sexuality.

As mentioned above there is a lot of evidence of a relationship that Jax had with another man when he first moved to Miami. Jax’s extreme reaction to the allegation only confirmed it’s authenticity.

“Andy Cohen brought it up when Jeff Lewis was talking about his experiences with women in the past. The WWHL host was curious to hear what he thought of the gossip surrounding the SUR bartender. “I think maybe he did fool around, yeah, but that’s OK,” the Flipping Out designer said. “I think he had a little fling.” – Bravo TV

And listen, if Jax is gay, this article is obviously not to bash him. Clearly he is dealing with some internal stuff that has been eating at him for years. It has turned from drinking and partying to drug use and bouts of anger towards his friends and wife. If it is an issue with his sexuality, I hope that he just comes forward and lives his true self. Life is too short and clearly he had a lot of emotions pent up.

Regardless, this would explain the recent outbursts and change in Jax…