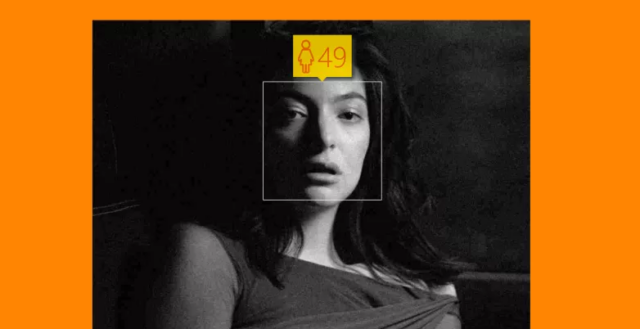 I know it seems like a ridiculous question to ask. It’s not our first one. But ever since South Park called out the entity that is “Lorde” on her lack of background, Universal Studios PR still has yet to provide much. This has lead to fans and the curious-minded alike setting out to do their own research. Is Lorde a real person? The findings are slim, and for the most part, contracting. This article is not looking into Lorde’s age or even her place of both, no this Lorde conspiracy goes deeper. We’re not looking to answer the question of “Who is Lorde?” Instead, we are questioning her actual existence. Am I crazy to ask that? Crazy to ask, is Lorde really a person?

Give me a few minutes of your time, and I think you’ll quickly see this whole “Lorde” phenomenon, goes deeper down the rabbit hole than you ever could have imagined…

“Ella Marija Lani Yelich-O’Connor (born 7 November 1996), known professionally as Lorde (pronounced lord), is a New Zealand singer, songwriter, and record producer who holds both New Zealand and Croatian citizenship. Born in the Auckland suburb of Takapuna and raised in neighbouring Devonport, she became interested in performing as a child. In her early teens, she signed with Universal Music Group” –  Wikipedia

Now we all know that big music labels have the money to take someone hungry enough the top, sometimes regardless of talent. Take the case of Taylor Swift. A talented individual no doubt. But a career manufactured and started by her father, who was an executive at Big Machine Records… I think they actually might have made a TV show out of the concept on Disney Channel…

It usually comes with help from the parents, but add that to pressure from money grubbing execs who don’t truly care about you. And you get some Aaron Carters and Britney Spears’. Luckily for Taylor, her dad was on both ends, thus giving us the pure yet famous product we have today!

But what if the odds of having a talented enough candidate who is also related to an executive? How can labels like Big Machine Records and Universal Music stay in business without ruining childhoods? Well… if they can make anyone famous. Maybe they can save a kid, and just make an “idea” famous.

Now, aside from South Park’s jab (though it is known “jokes” among the entertainment industry can end up being very real) the question of Lorde’s authenticity has been in question since just about her inception into the ranks of America’s A-list pop-stars over-night. We are far from the first wonder is Lorde really a person.

The possibility of an entire celebrity being faked is something I’ve thought about from time to time for years. These stars put on such personas and live in such privacy, they are so removed and distant from the public. A career built on image rather than personality. Which raises the question, could you ditch the personality and just sell the image?

Make her up years in advance. (Like they clearly did, vaguely saying they signed her “in her early teens”) Then say “Oh, yeah we’ve had her signed since she was 14 and we scouted her, she’s ready now.”

Where is she from?

“Oh, she’s from New Zealand. It’s a first-world mostly white and English speaking country that is also known for being shotty at book-keeping when it comes to births up in the northern sheep farms where she happens to be from! So conveniently, we have no proof of any background!”

It’s the perfect story. Choose somewhere like New Zealand and despite the lack of background, no-one questions it. So Universal Music gets to sell their manufactured music that they already scientifically created, mold an image that will market it perfectly, and not ruining childhoods. Plus everyone gets paid!

The Lorde Conspiracy, Is Lorde Really A Person?

Like any good conspiracy, including this Lorde conspiracy, there has to be some part where the giant entity leaves a fun little clue to help fill us in on their scheme. I present you, Lorde’s “Tennis Court”:

It is very clear that Lorde is referencing the “Tennis Court Oaths” of the French revolution. If you are unfamiliar you can read up on it
here.

Essentially, the “Tennis Court Oaths” refer to a rebellious group who, during the French Revolultion, swore secrecy to their devotion to their resistance. They notoriously met at the Tennis Courts near the Palace of Versailles. The main oath was as follows:

“NOT TO SEPARATE, AND TO REASSEMBLE WHEREVER CIRCUMSTANCES REQUIRE, UNTIL THE CONSTITUTION OF THE KINGDOM IS ESTABLISHED”

Certain lyrics and feelings in both “Royals” and “Team” give off similar vibes of monarchy, revolution, and knowing one’s place in a society built of classes. If this is truly their oath, then the question is Lorde really a person may never be answered. Is Lorde a real person?

Now go back to my proposed tin-foil hat theory about creating a fake celebrity who was actually just an image being held together by a bunch of individuals working as a team. And then check out the lyrics from “Tennis Court”

Through this creepy video, we see Lorde caked with so much makeup that if she washed it off she would be unidentifiable.

“Maybe be the class clown, or I’ll be the beauty queen in tears”

Through this generic video the team behind Lorde can’t help but brag about what they have created. There was never a girl from New Zealand. She is just an image they created, a brand. She could have been a class clown, a beauty queen, anything they wanted.

They even go as far to say that this concept of cutting out the actual child star in the music industry is going to be a new art form. And part of the art is how little they care how the music gets to your ears. They manufacture the music they know you will eat up, if it becomes cheaper to make fake celebrities than real ones, that’s the route thay will go.

Icing on the cake is the authors clear bias towards the issues as she not only claims this as conclusive evidence, she feels the need to also addd:

Thus, losing all guise of objectivity in one fatal swoop through an already shaky claim.

Needless to say, skeptics were unimpressed with the findings.

The Concourse does a breakdown on the legitimacy of this birth certificate emergence. I’ll break down their claims as simply as possible here as I believe I can recite is quicker and more elegantly-

As admitted by it’s provider, this photo is not an official birth certificate. This image could have easily been doctored. The story that the state of New Zealand sent not a real copy; but some strange, type-writer esque slippit for an obscure nominal fee of $17.02 is a tad ridiculous. Couple that with your clear bias on the issue and Lorde’s refusal to release actual documentation and it’s hard to not be a little skeptical. Is Lorde really a person? This image of a “birth certificate” doesn’t sell me on it personally.

And just like that, the question of “Is Lorde real?” Was right back in full swing. We’re back to believing the word of Universal Music and one New Zealand sheep farmer.

Is Lorde Really A Person? Who Is Lorde?

We may never know. With today’s technology, and the ruthlessness of the higher-ups in the music industry, I believe it is entirely possible that Lorde is not truly one individual person.

So what if it’s like a Jesus situation. You can not believe he was the son of God but can still believe he was real right? Is Lorde real? Well, her image and brand defnitely are.

Also, we have evidence that she has picked up a side gig reviewing fast food joints on YouTube. You may know her by her Youtube name- Food Review Guy: