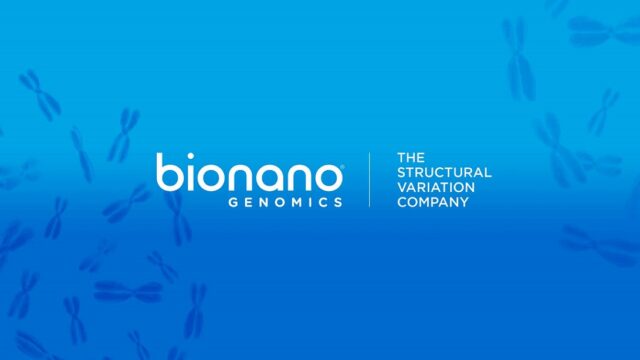 I’ve had my eye on BNGO stock for a while now. I even told you guys back in August it was the stock of the day when it was around $0.50. I predicted it would jump to $1 in no time. I won’t pretend that I knew it would be $4 by January. But I knew there was value. Like I did with KTOV. Now I have people e-mailing asking if it is too late to buy BNGO stock.

Why? Because it exploded and right now, it is probably the most hyped stock on the market. I’m seeing volumes of buyers that are absurd during certain trading hours. And the question surrounding this stock is not whether it’s a good investment. That’s already been proven. But for those late to the game, is it too late to buy BNGO stock?

We’re going to break down everything you need to know about BNGO stock current value. If it is over-priced, and whether you can still buy BNGO stock for a substantial profit or not.

So let’s get into it.

While you may have heard the name a million times you might not be completely sure about what BNGO is. Let us give you a crash course into what BioNano Genomics Inc is and what they do.

Simply put BNGO is the torchbearer in cutting-edge Optical genome mapping technology. Their main and groundbreaking product is Saphyr which is the best product on the market that helps resolve mass scale variations that are often not detected by NGS setups. – Source

Saphyr is the best technology on the market right now (and responsible for the recent uptick in BNGO stock value and hype) in its respective field, allowing institutions to detect structural variants and identify many diseases.

With Saphyr doctors can treat patients with preemptive care and can lead to the prevention of diseases such as cancer. When it comes to genome mapping there is no one that is as advanced and efficient as BNGO.

So, the hype around BNGO stock is justified to some extent for sure. Clearly they are making their mark in the industry and likely the scientific community going forward.

There are competitors of BNGO, as is the case in every industry, but none of them have quite the same product and same backing as BNGO. There is no stock in this field that can be compared to BNGO stock as far as hype and recent success go. – Source

Why It May Not Be Too Late To Buy BNGO Stock

Now that you are up to speed with what BNGO is, let’s take a look at some of the reasons why you should invest in BNGO and what does the future hold in store for the BNGO stock.

BNGO stock has got nothing but positive updates in the last week. The first update that matters is that on the 28th of December 2020, it was revealed that the College of American Pathologists has accredited Saphyr. It’s BNGO’s main genome mapping platform.

If we get technical about it then Saphyr can detect structural variations starting from 500 bp all the way to megabase pairs. The discovery and assembly algorithms that you get with Saphyr are unprecedented in the industry.

There is already a customer lined up for BNGO’s technology. Praxis Genomics is going to be the first company to make use of BNGIO’s technology. THIS IS HUGE. What this means is that BNGO has the backing of established institutions such as the College of American Pathologists. – Source

This makes their stock reliable to a certain extent. And for this point alone I am comfortable suggesting a long-term hold on BNGO stock at the very least.

BNGO just might be paving the way for the future of the healthcare industry. It solves a lot of problems that the health care industry is facing nowadays. One of them being that the drugs that are administered to patients are not absorbed fully by the body which means that patients don’t get the full benefit of the drug.

With BNGO and its applications in nanotechnology, it will become possible to administer drugs to the problematic parts of the body and get the full benefit of the drug. What this tells us is that there is certainly a market for what BNGO is selling. It is predicted that by 2024 the nanotechnology market will be worth more than $120 billion.

*Note: BNGO stock does NOT pay out dividends.

BNGO wasn’t always a penny stock. In fact, it used to trade for $7.00 a share when it first announced it’s IPO.

Now the obvious reason to stay away would be the sharp increase. And I mean SHARP.

People woke up millionaires on their meteoric rise.

Drake is only half right.

There is a term many day-traders and retail investors are familiar with. Catching the falling knife.

That is the clear danger here. When things fly up, they tend to come back down. Especially in this market that is now over 50% retail investors.

Which finally brings us to….

Is BNGO stock a buy?

Research has indicated that Saphyr is the only affordable and effective technology for genome sequencing currently on the market. The accreditation by the College of American Pathologists is a major positive catalyst. In addition to all this BNGO has also been given a 6 month time period by Nasdaq to meet the bid price rule.

All of these developments are positive signs and indicate BNGO stock being a buy. The market forecast and the positive catalysts surrounding BNGO are indicators that it’s stock is a safe buy. – Source

Now what about our advice…

As always, take our advice with caution. BUT, I feel inclined to go against my gut instinct. Which is to tell you that you missed the boat on this one and not to buy in on a stock that will likely fall.

I do see long-term value in BNGO. Just like I did back in August.

If you go ahead and get in and buy BNGO stock on Monday, just know there may be a fall. Weak hands may not be able to handle this, but they will also get FOMO if it ends up not falling and $3.75 becomes the new bottom.

So here’s the thing- Is it too late to buy BNGO stock? No, because given their advancements and forecasts I think this stock will be worth $6-$7 by the summer.

Is it too late to enjoy a similar astronomical spike? Absolutely.

BUT it’s definitely not too late to buy BNGO stock. Never to late to invest in a company that will continue to develop essential technological advances for geno mapping. For that reason I suggest being in long-term. Except a bit of turbulence on the way to $8 however.

And not for nothing, but NASDAQ did extend their timeline to reach compliance. Meaning NASDAQ likely sees value as well and wants to keep them on board.

I don’t know if it will dip and then rise, or if it will just keep slowly rising. But regardless, this bad boy will be going up YTD. As I already predicted. Without a doubt.