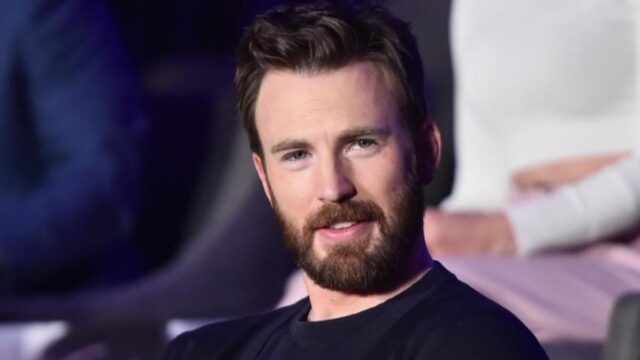 This month has been a stressful one for everyone. A lot of people out of work, and just about everyone locked up with no clear end in site to the quarantine. So it’s not surprising that some people are losing it and looking for anything to take their mind off of things. So why not cancel a celebrity? Too bad there is no controversy right now. Or…is Chris Evans a Zionist maybe? Twitter just might be on to something. Or maybe just on something.

In case you're wondering, Chris Evans is over because he once played a Zionist in a movie and must, therefore, be a zionist. At some point, we should talk about the youths and their apparent inability to separate fiction from reality.

“The rumors that Chris is a zionist started in 2019. They stem from his involvement in the film The Red Sea Diving Resort, which tells a fictionalized story of a real-life rescue mission of Ethiopian Jews by Israeli Mossad agents. Chris played one of the agents. For taking part in the film, he was dubbed a zionist by many on Twitter, which also brought up other issues. The main one that was cited was that he’s “homophobic”. The reasoning behind that argument is that he accidentally outed his brother publically during an interview with The Advocate. ” – Distractify

Now, to be fair to the lunatics on Twitter. There is a bit of widespread acceptance that the production of the movie The Red Sea Diving Resort is at least partially motivated by Israeli propaganda.

The movie depicts the story of the Operation Brothers mission, they ran from 1979 to 1984. These missions saved the lives of thousands of Ethiopian Jews. Chris Evans obviously had a big role in this film, but is Chris Evans a Zionist?

“Some critics have called out The Red Sea Diving Resort for putting forth a “white-savior” narrative, privileging the roles of the Israeli Mossad agents led by Evans’ character Ari Levinson.” – Time

This “white-savior” narrative comes from the notion the movie gave that the white looking Jews were the ones doing all the work, and the Ethiopians were helpless and about as useful as cattle during the escape plans.

Based on historic evidence and recent remarks from experts, that isn’t the case. Ethiopians were a huge part of their own salvation in that time period.

me trying to figure out why #chrisevansisoverparty is trending pic.twitter.com/AoZ9WMNIgd

So yes, maybe the movie did not depict the situation completely accurately. And maybe it actually was made for the intention of Israeli propaganda. But is Chris Evans a Zionist? Do we really think that? Pretty sure it’s safe to say Chris Evans is just an actor and was just doing his job.