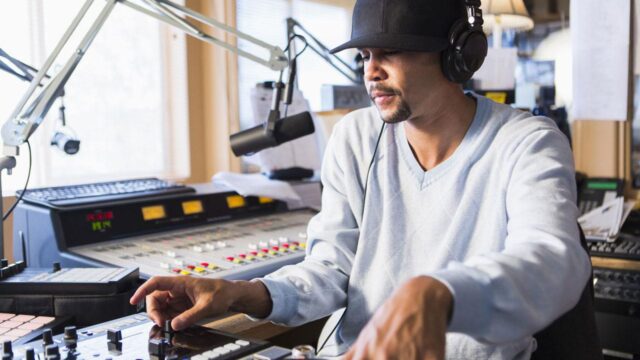 Yes, a career in radio is still possible, as long as you understand it has become an industry of self-marketing

Radio is one of the oldest medium of communications in the history of mankind. Yet the purpose is still the same. Get the message across broadcast waves to as many people as possible. And there will always be situations for when that is needed. But is a career in radio still possible? Or feasible?

Radio has evolved. New technology has played a vast role in radio development through the years.

Is A Career In Radio Still Possible?

I mean, it’s not like it’s the movie theater industry.

Most importantly, if it is what you want, go for it. Despite the odds.

There are quite a number of interesting careers in radio field as it was in the past years. Which is making it a much more competitive space with the latest internet apps. In the yesteryears, most people would only (mostly) rely on radio for information. Now there are a number of alternatives to get access to information.

You’ll be asked to do a lot For less pay than ever.

But like any other industry, this isn’t your ceiling. Look at what some radio hosts contracted salaries are:

Careers in radio had a lot of additions for effective and smooth running of the station. In today’s operations, the station needs Content Producers. They are responsible for the content for the shows at the radio station. Technical Producers will hold the responsibility of sound. As well as AV always being-on point and managing the operations of the audio desk.

News Readers also form a critical part of the radio station. They deliver the news to the audience. But, news readers won’t be able to suck the news out of their thumbs. That’s when the news team of field reporters is needed. Then the News Editors ensure the news delivered by the station is worthy to be reported and truthful. Then the Production Editor has gives final approval.

Stations have different formats. For a music format there is a need for the services of Music compilers. They will be working closely with the Music manager. Mostly to make sure the format or genre of the music goes in line with the radio station identity.

Then all the above mentioned radio personalities work hand in hand with each other. The Programme Manager oversees how the radio station programs are properly ran. They also stay in line with the radio station license requirements. They will therefore report to the Station Manager. Who foresee that the radio operates according to its mandate and rules.

The radio station Chief Operations Manager will take responsibility that everyone do their work effectively. This will results in the radio stations making its audience target glued to the station. After all happy listeners is the goal.

Where Is A Career In Radio Still Possible?

Definitely in the United States.

Is a career in radio still possible? A research on how the radio station operates in today’s world can give an answer.

Is a career in radio possible? Yes, based on all these reasons. Especially social media. A career in radio is still possible. Even for decades to come in line with the evolving of the world technical aspects. All the above mentioned personalities will have to work closely together.

But What If I’m Not Cut Out And Every Station Closes And A Career In Radio Still Isn’t Possible For Me?

Luckily, you didn’t train for nothing. Journalism and broadcast skills are very transferable.

So stop worrying about whether a career in radio is still possible or not! Just follow your dreams and go for it, if it doesn’t work out it’s a long life ahead!

How To Make Your Boyfriend Love You Again