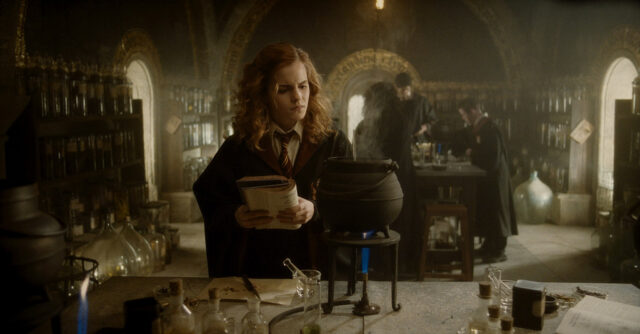 OK everyone is getting REAL upset about these. Leave comments in the comment section stop sending me direct hate mail I don’t care if you are offended, when have I ever cared? I also don’t care if your school didn’t make the list. If your school isn’t one of these 15 then it is an irrelevant school and you don’t get a character, so sorry. After years of travel, research, I know this list is correct. The idea of this article, If every SUNY school was a Harry Potter character, is of course based in jest. But this article is accurate. Debate if you want but the majority will side with me. Yes they are generalizations about the school but all you SUNY people will know these assumptions of character are NOT based in fiction.

So, without further ado,

Fredon-where? I almost wanted to give this one a Horocrux as a character because NO ONE KNOWS WHERE IT IS.

Instead, we will go with Moaning Myrtle. Since she fits both bills of being someone you never visit, and someone who is ALWAYS moaning for you to come visit even though you both know you will NEVER visit them. (I’m not taking a plane just to land and still be in New York…) If you have a friend who goes to Fredonia… you understand.

Cry all you want Myrtle but your campus is kind of gross and you’re a little touchy.

So you didn’t get into Binghamton or Geneseo. But you think you’re a little above Cortland and Oswego. So you take the middle of the road with the other red-headed misfits and find yourself stoned at one of the two bars in all of New Paltz.

Like Ron, before a New Paltz student starts he is confused. Trying to find his way in the world and make friends despite his quirkiness. Still, beneath this individuality lies a strong confident ego. In time, just like Ron, it will emerge and you will go from looking for friendship, to turning it away because they don’t deserve your attention. They are beneath you. Because you went to SUNY New Paltz thank you very much!

If you’re a girl who goes to Potsdam, there is a 99.9999% chance that you believe in astrology. Or some sort of karma ying-yang nonsense.

If you’re a guy that goes there, you must be loving all the spiritual pussy or something. I don’t know how you deal with running into the next Nostradamus every time you turn a corner.

Just like Sybill Trelawney, many students at Potsdam (male and female) follow their astrological signs and paths. These paths inevitabley lead to molly and having unprotected sex with strangers most days out of the week. (Do they have classes in Potsdam?)

Safe to say that SUNY Cortland belongs to no other than the ‘Mr steal ya girl’ in Ron’s life… but not really because I don’t think him and Granger got past second. But we all know he told his whole Quidditch team he was hittin’ that till the morning.

The Tri-Wizard cup happens every other year at Cortland in the form of Cortaca. There are three challenges-

Furthermore, Cortland dudes LOVE hanging with dudes. And doing dude stuff. Like sports, and walking around campus with large packs of dudes. As you can see with Krum, he hangs around his bros as they take turns calling dibs on the innocent 4th year nerds… Keep your eyes on that Butterbeer Hermione, that ain’t Felix Felicis he’s pouring in there.

Super big, always prepared for the cold, and although located far away, always worth the trip. These are just a few things that Hagrid has in common with the SUNY Buffalo student body.

Just like a Buffalo student he has a very small room in an old house located in an extremely dangerous area. He is also highly unemployable, has a dog that is way too big that he doesn’t walk enough and loves to hang out with people younger than himself. He probably has a beard too. But when you can make the trip he’ll always sweep the beer cans off the couch and make room for you!

Just like George and Fred Weasley, SUNY Oswego students love to get into mischief and are unlikely to finish their education.

Though they generally are good at heart, they will let nothing get in the way of a good joke or a good time. Whether that means hurting your feelings or weathering a freezing rain wind storm to make it out to Alpha Sig.

They love to haze, but they know where the line is….after they cross it.

They are up to no good up there…

To choose Oneonta takes a special breed. It is rare that someone gets into SUNY Oneonta without getting into New Paltz or Cortland.

That means they are somewhere in between…

Didn’t want to go to crazy at Cortland, but something about New Paltz doesn’t feel right. You belong in the middle.

People who end up at Oneonta are always kind at heart.

And lets not forget the most important reason!

If every SUNY student was a Harry Potter student, then someone has to get this guy.

Where all the snobs go. Laywers, engineers, and coke heads who die at 35.

These guys will STOMP you. BUT, if you’re on their side you might be exactly where you want to be.

Very exclusive, extreme nepotism, green colors, past convictions of cheating (*cough* NCAA Bracket *cough*). All while boasting highest test scores in the state. They snort 8’s but they do it at 8 (before finance). Live fast die young with these money grubbers.

Forced to stay inside they have no choice but to increase drug use, lose sanity, and plot revenge against rivals.

Oh and their colors are green so there is that too of course.

OK so (aside from SUNY Geneseo fanatics of course) pretty much every can agree than Suny Geneseo and Luna Love Good are the OBVIOUS match here.

Geneseo students are smart. But they are also weird. But not in a scary way, more like an Etsy page selling seashells that look like pine cones kind of weird. Plus since it is such a small school, the population of weirdness is small but extremely dense. Thus creating a domino effect, in where a weirdo thinks he’s not that weird because he’s not the weirdest in the room. He then gets weirder. This cycle repeats. And every year around 2,000 really weird people get released from Geneseo and migrate down to NYC to work at The Huffington Post.

Realistically, in the muggle world, Hermione (the rational genius she is) was going to follow her parents footsteps and become a dentist. The most economical way to achieve this would be to go to undergrad at Suny Stony Brook.

Those who end up at Stony Brook are Type A people. Sometimes to a fault. They care too much about life agenda. 5 year plans, having a savings account, etc. The Stony Brook student will either grow into someone super successful, or they will implode. Only time will tell. This is why they cry every night.

Lit a fire during a riot, no one talks to him anymore. Draco said he’s been messing with blues.

A hero in every sense. This is not to say you students will die! I am just giving you the honor of holding the memory that is Cedric Diggory.

You’re athletic, like-able, and willing to die. (Again not saying you’re going to die I’m just saying you are willing to huge difference I’m sure it will be fine out there dude).

OK I’ll admit this was a lazy one. But it’s the only choice.

Just like Colin, everyone at Brockport talks to much. And takes too many pictures of things that nobody cares about. (Like a blurry snap chat of a dude taking a bong rip in the ‘boys den’).

Brockport students just want to be accepted. But they annoy everyone. That’s why they leave campus all the time and try to chase down girls from other schools. Unfortunately for them, even a Moaning Myrtle can sniff out a Colin and send him back in his Sentra and on his way to his people.

Never sure about anything, known as the “loser” so to say of your group. But they will be getting a lot more attractive after they graduate so watch out.