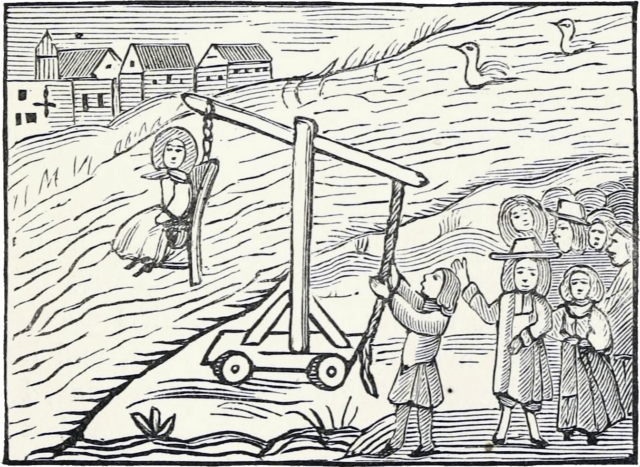 But after we started digging into this, I realized that while the official number is lower than one might expect (20 executed), it seems a few are being left out. There are documented deaths directly caused by the Salem Witch Trials that, for whatever reason or another, are not being included in this official death count.

Biography reports that the epidemic resulted in 20 deaths “On September 22, 1692, eight people were hanged for their alleged crimes as witches. They were among 20 who were killed as a result of the hysteria that took place in the New England village of Salem where fear of demonic possession struck panic among the Puritans and led to more than 200 accusations against anyone suspected of witchcraft.”

Even The History Channel reports 20 executions without elaborating on the further deaths that resulted: “In accordance with English law, 19 of the victims of the Salem Witch Trials were instead taken to the infamous Gallows Hill to die by hanging. The elderly Giles Corey, meanwhile, was pressed to death with heavy stones after he refused to enter an innocent or guilty plea.”

I was truly astonished. Not only because there was so much inaccuracy on how many people actually died in the Salem Witch Trials, but the consistency of this inaccurate number was astounding. Over 10 reputable history/educational sites (I’m talking .org’s) had articles reporting 20 executions and leaving it at that. Countless other blogs and educational forums were specifically answering 19 or 20 when answering the question of how many people died in the Salem Witch Trials.

Here is an excerpt from The History of Massachusetts Blog:

“The Salem Witch Trials began in January of 1692, after a group of girls began behaving strangely and a local doctor ruled that they were bewitched. The girls then accused a local slave, Tituba, and two other women of bewitching them. When Tituba was arrested a few days later, confessed she was a witch and stated there were other witches in Salem, the colonists panicked and began a massive witch hunt to find these other witches.”

This is how the famous Witch Trials of Salem began. If you have read the Crucible or done research on the topic this is obvious information to you. If you need a refresher, check out the blog post in full. From here on out, I will be writing with the assumption that you have at least a basic understanding of the Salem Witch Trials. This isn’t an educational recap. This is an attempt to correct the history books, and it’s a different and possibly controversial dive into trying to TRULY answer how many people actually died in the Salem Witch Trials.

Now even Wikipedia’s list on how many people died in the Salem Witch Trials simply states that 20 people were executed in their introduction paragraph. To be fair, they also mention “This is a dynamic list and may never be able to satisfy particular standards for completeness. You can help by expanding it with reliably sourced entries.”

Who Died In The Salem Witch Trials?

So let’s start with what everyone agrees on- Nineteen witches were hung on Gallows Hills.

The other thing that everyone agrees on- Giles Corey was pressed to death. Making the grand total of Salem Witch Trials executions 20.

Now here is where things get fuzzy. 20 were executed. Agreed. But how many people actually died in the Salem Witch Trials? Did a lot of people die in the Salem witch Trials? About 5-10 more people died as a direct result of these trials. 5 can be proven without any doubt. Another 5 or so are debatable.

We’ll go through the 5 that are indisputable quickly:

Lydia Dustin, her daughter, and grand-daughter all were accused and arrested of witchcraft

“Both Lydia Dustin and Sarah were found not guilty by the Superior Court of Judicature, Court of Assize and General Gaol Delivery in January or February, 1693, after the initial trials had been suspended when criticized for their use of spectral evidence. However, they could not be released until they paid jail fees. Lydia Dustin died still in jail on March 10, 1693.” – ThoughtCo

In one o the more ironic deaths. Roger Toothaker was a “Witch Detecting Specialist”, who traveled to Salem to help identify and prosecute local witches. He was soon accused of being a witch himself, and was arrested. There may be some poetic justice in this one however. He had made claims that back in England he helped convict multiple witches and even persuaded his daughter into killing at least one.

“Roger Toothaker was a farmer and folk-healer from Billerica who specialized in detecting and punishing witches. Toothaker was accused of witchcraft during the Salem Witch Trials but his case never went to trial because he died in jail.” – History of Massachusetts Blog

Possibly one of the most forgotten about victims of the Salem Witch trials, was Mercy Good. Sarah Good (who was in jail and awaiting trial at the time) had given birth to Mercy Good in the prison. Due to insufficient care, the newborn died shortly after birth. Sarah Good was later convicted and executed.

Ann Foster almost made it out. The final hangings were on September 17th and Ann Foster withered away in prison just 5 days later. Held up in a cell while the legal system at the time tried to figure out how to proceed.

“The last hangings in that year’s witch craze was on September 22.  Ann Foster (as well as her daughter Mary Lacey) languished in jail, but were not executed, as the religious and government figures tried to decide how to proceed.  On December 3, 1692, Ann Foster died in prison.” – ThoughtCo

Sarah Osborne is likely one of the more surprising names to be left of the list of victims. Mostly because her name was made famous by “The Crucible”

She died in prison before she could be tried. Source

Other Victims With Little Records

Now along with the lives that were wrecked and lightly shortened by the stress and tragedy caused by the Salem Witch Trials, there are at least 4 individuals who were indicted and escaped or evaded arrest. These individuals were never seen from again and could have died shortly after for all anyone knows, at the very least, the lives they had been leading were taken from them.

So How Many People Actually Died In The Salem Witch Trials?

How many people died in the Salem Witch Trials? The accepted answer seems to be 20.

How many people actually died in the Salem Witch Trials? I think we can say for sure that number is actually closer to 25-30. Just because someone wasn’t executed, doesn’t mean these trials are the direct reason they died. Cases like Lydia Dustin and Mercy Good are perfect examples.

Did A Lot Of People Die In The Salem Witch Trials?

That my friends, is a subjective question. These aren’t Holocaust numbers, but any innocent human life means something to me. Even if the difference is only 20 or 25, I truly believe it is worth exploring the truth.

NYC Protest Locations For Tonight – What To Expect