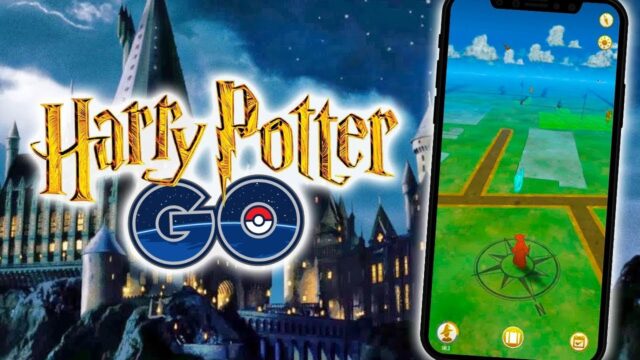 There are two reasons why everyone (myself included) is seriously anticipating the release of Harry Potter GO. One, Pokemon GO took the world by storm for a summer. It ruined our lives. And I was more than OK with it. Secondly, we all love Harry Potter. Combine the two? We just might get the most addictive and life-altering game ever released on a mobile device. But when exactly is the Harry Potter GO release date?

Even though this idea of ‘Harry Potter GO’ started with just memes and internet jokes, it has now officially been picked up by Niantic. Not something the gaming community sees very often. In fact, there were so many who were skeptical of the validity of the announcement that even Snopes wrote an article to confirm Harry Potter GO as well as a Harry Potter GO release date expectation or timeline.

“We have acquired the rights for the app. The demand for this title was absolutely insane, so we figured we’d give it a shot. If we’re lucky we might see a launch by early 2020, but it’s hard to tell this early in the project.”

When pressed for details, Figueroa had this to say

“We want to do something with schools of witchcraft and wizardry, similar to pokestops in Pokemon GO. As wells a quest system, and possibly large scale completely interactive events, but no promises. That’s all I can say.” – Snopes

Luckily, there are other sources that point to a more specific release date for Harry Potter GO.

“First revealed back on November 8, 2017, we recently got a better idea of when Harry Potter: Wizards Unite is set to release, with Niantic CEO John Hanke revealing to the Financial Times that the AR game is set to release in the latter half of 2020. The developer of what is looking very much like ‘Harry Potter Go’ is also still hard at work on smash hit, Pokemon Go.” – US Gamer

Niantic is clearly timing this out the same way a Harry Potter movie or book times out. A little time at home before the end of summer and beginning of the new school year. And all the new players can get under that sorting hat, find their house, and start taking classes right as classes in the ‘real world’ are starting as well! Not a bad strategy.

So based off the presented evidence, I believe it is safe to say that Harry Potter GO will be released mid-August 2020

“Summer is comprised (in the northern hemisphere) of the months of June, July and August. June is in the first half of the year, so we can pretty much rule that out. So, we’re down to July or August. But Pokémon Go was was released on July 6, 2016, and it would seem exceptionally strange for Niantic not to mark the two-year anniversary with something….

But there’s another distinct possibility.

July 6 fell on a Wednesday in 2016. While I can’t imagine that launching it on a Tuesday or Thursday would have undermined its success, there’s a chance Niantic will opt to go with the same launch strategy, letting Wizards Unite out in the wild in the middle of a summery work week, with a view to having the mobile gaming masses thoroughly brainwashed by the weekend, makes as much sense now as it did then.

In that case, we’re looking at Wizards Unite launching on Wednesday, July 4 this year which, coincidentally, is a rather big deal over in the ol’ US of A…..But mark my words. Harry Potter: Wizards Unite, the Harry Potter AR game from Pokémon Go creator Niantic, is coming this July.” – Trusted Reviews

James that is QUITE the bold prediction. But it is very thought out and logical, and by God I hope you are correct!

As for me, you can mark my words that Harry Potter GO release date will be sometime mid-August. (But I really, really hope James is right)

But whether it is July or August, catch me at Hogwarts this summer rockin’ my Slytherin gear!

Need more Harry Potter reading? We got you.