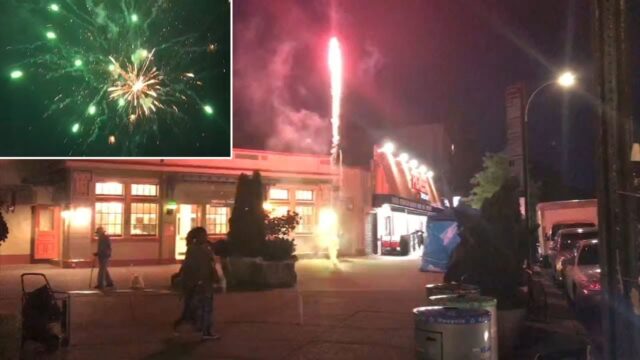 Anyone who has been living in the NYC or Northern New Jersey area has undoubtedly been hearing these mysterious fireworks that seem to pop up around 9-10pm every night. Like clockwork. Residents in the area have been understandably annoyed at the fireworks. For some, they sound almost dangerously close.

There has been a lot of speculation as to who could be behind these mysterious fireworks in NYC, but a special NYPD task force was assembled to get to the bottom of it. And finally, this mornings there were some arrests made.

NYPD has yet to officially announce the names of the suspects in custody, but they are confident that they have the perpetrators and expect the mysterious NYC fireworks to stop or at least slow down starting immediately.

According to our NYC investigative reporter, the NYPD made 11 arrests in connection to the fireworks.

The individuals arrested all claimed to be apart of the BLM movement. However investigators already have suspicions that this group is the opposite of that. That they are counter-protesters attempting to make the protests look/sound more disruptive than they truly on.

This is a developing story and we will continue to update throughout the day.