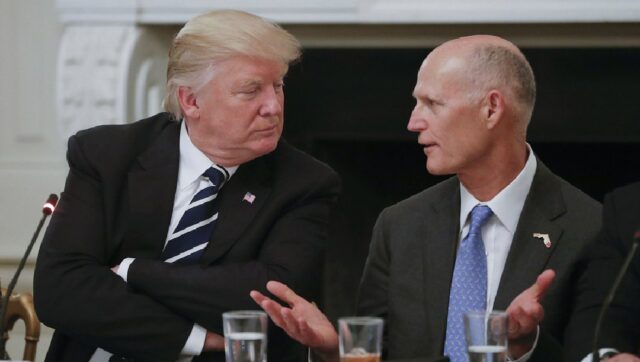 Senator Rick Scott from Florida has revealed on Saturday that he has tested positive for Covid-19.

A reporter from Today’s Five received a statement from a spokesperson for Scott after he was tested at around 9:30am this morning.

“Senator Scott is experiencing extremely mild symptoms,” a spokesman for the Florida senator said in a statement Saturday morning, “he has spoken with me, he is feeling ok and is comfortable and we completely expect a full recovery. That being said his well-being is our top priority and he will remain in the care of his doctor until he is given full clearance.”

The senator’s positive test result comes after he recently completed a 14-day quarantine for possible exposure during which he repeatedly tested negative.

Rick Scott is now the 4th GOP senator to test positive for Covid-19 in the past few days.

Along with Scott, Republican Senator Ron Johnson also tested positive for the virus this morning.

“In addition to Johnson, Utah Sen. Mike Lee and North Carolina Sen. Thom Tillis both confirmed Friday that they too had contracted the virus, which has now killed more than 200,000 Americans.

Both President Trump and First Lady Melania Trump also tested positive for the virus Friday. The president spent the night in Walter Reed medical center out of an “abundance of caution” where he is receiving experimental treatments for the virus.” – NY Post

Rick Scott is the former Governor of Florida. He recently donated over 1/4th of his salary to a local Health Clinic. Both White House officials and Senator Scotts doctor have expressed they expect a full recovery.

While all these senators may be feeling fine and recovering, it still raises the question, will these recent test results effect the nomination of Judge Amy Barrett for Supreme Court Justice?

“Sens. Mike Lee of Utah and Thom Tillis of North Carolina announced they’d tested positive — just days after attending a White House event where President Donald Trump nominated Barrett. Multiple attendees of that event, including Trump, have tested positive in the week since the ceremony, which featured many people not wearing masks and not observing social distancing protocols.” – CNN