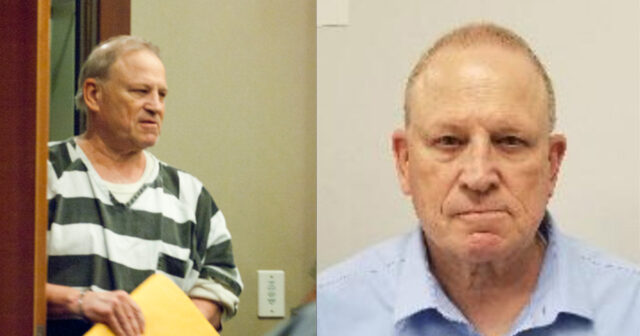 Seriously Georgia? Right now you’re going to do this?

When police first began investigating they believed that the pornographic images they found belonged to one of the students on campus. They soon realized that the images were actually on the hard drive of Peter Mallory.

“The nearly 26,000 files of movies and photos found on Mallory’s computer were more than investigators in Georgia had ever seen in one case, they said.

Everything that we found was the rape and torture of children,” said Lagrange Police Department Detective Christopher Pritchett.

And yes we looked into it, this was not a COVID-19 related release.

“While the Georgia State Board of Pardons and Paroles didn’t explain why he was released, it did confirm the release was not related to the coronavirus pandemic, WSB-TV reported.”

It’s just really not good timing Georgia. I know times are tough and you are looking to cut costs where you can. And paroling old dudes who seem nonthreatening does sound like a good place to start. But pizzagate 2.0 has JUST ramped up. All of Twitter is up in arms over conspiracies about the celebrities and the top 1%. Chrissy Teigen just deleted all of her tweets. And you go and parole a guy who was sentenced to 1,000 years in jail for child pornography.

Does the Georgia State Board not get cable? Do they not know what is happening in the world right now? We don’t need someone like Peter Mallory back out in the streets too. There will be backlash. And rightfully so.