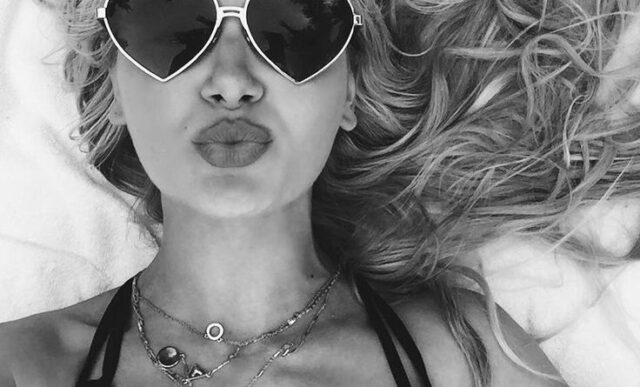 Are you feeling old at 25? Read on and feel better young one.

1. You Have Plenty Of Time To Find Love

Is 25 old? We’ll start this off with a common concern for single 25 year olds. Are you looking to get married and have kids at some point? Worried you missed your chance at finding a real connection? Worried all the good mates will be snatched up?
You have plenty of time. Trust me.

Now those increases may not look huge, but in the grand scheme they are exponential. A rise in social individualism that the world has never seen before has taken place since the 1960s. (Interesting how the more we connect the word, the more people seem to close off, but I digress…) I think in part we can thank badass women like Lana for slowing down the clock a little for everyone. A woman can do more than just settle down as soon as possible, and of late, they are choosing to do just that. Lana is 32, and one of the cooler icons we have. So don’t sweat it.

Two things to add to that this quickly-

A study by Harvard University suggests that, contrary to popular belief, many adolescent brains are still growing through your 30’s. So feeling old at 25? Read a book and start learning because you are wasting sponge time!

Looking at that chart you may be thinking ‘Shoot! 25 is the drop off!’ but slow down there you young buck. That chart is measuring the median. Meaning you could just as easily fall on the other side. Giving you 5 extra years of sponge brain!

Even if you don’t get that ill sponge brain, there is only research coming out to propose a longer development period. I expect an even bigger increase to be released soon. I mean what do they know? Harvard students?

Not too late to get on that Muzzy flow and learn German like you’ve always wanted.

3. Where Did You Expect To Be?

How can you feel old when everyone in your age bracket is the Bambi of their industry. Once again, it’s about breaking the mindset. Sure you are not a kid. But you are a young adult, a VERY young one.

4. Have You Tried Working In An Office?

If you have worked in an office, or currently do, look around. You are the young one. 25 years old is so young in fact that a lot of them don’t even’t take you seriously. Think about that, you think your old, but your coworkers consider you so young they assume you are an idiot. The truth is you are in your Freshman year life. So you should not be feeling old at 25.

25 year olds feel so expired because they get back from Coastal Carolina with 60K in debt and 2-3 different drug addictions.

So is 25 old? No, you’re not old, you just aren’t letting go. Did you consider yourself old in high school because you couldn’t fit in with the middle schoolers? It’s the same concept.

I don’t know if any of you are fans of ’30 Rock’, but in the episode where Liz Lemon tries being a cougar, her target is a 25 year old. Who she feels he is so young that the relationship is absurd. Age is relative. Feeling old at 25? Well, most of the adult world doesn’t see it that way.

So like I said, look around the office. There are people there who got there 15 years before you, and still have another 15 years to go. It’s a long life. Better yet, ask them, is 25 old? Watch them laugh in your face. Once you realize that you have just moved on to the next chapter, once you stop comparing your age to the college kids you wish you were still hanging out with, you see how young you really are. And how life has just started.

Now, this one isn’t as much to make you feel younger.. it’s more of a nice little perk to hitting 25.

So there’s atleast one pro for you if you couldn’t find solace anywhere else here! (Assuming you don’t have a mental disorder, duh)

If you have not showed any symptoms of mental illness disorders, and you made it to 25, then statistically you are very unlikely to ever develop a mental illness! Until you reach 40… then your chances double again. But until the don’t even ask yourself is 25 old. If you are feeling old at 25 just take my word for it, you aren’t old. A lot of life is coming.

Listen, times are changing. People want to wait on families. Everyone is doing it, I’m sure you have noticed. So don’t over think it. We are all in for a long ride. Don’t get upset as you get older. Rejoice. Celebrate each birthday. As Drake would say, it’s all about More Life.