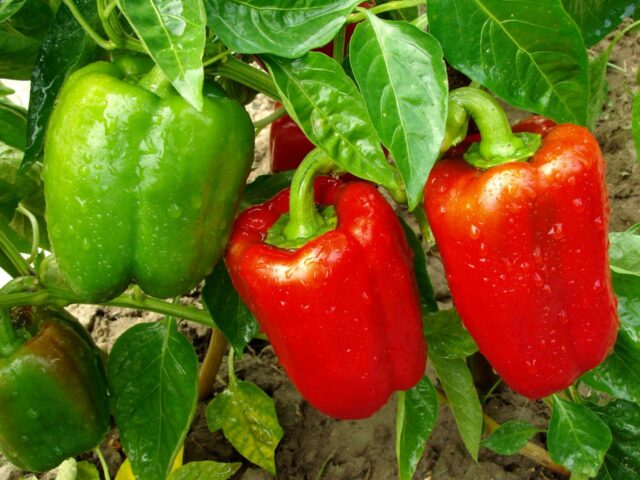 If you have been visiting the super market at all in the past week and noticed a shortage of produce, you may have also noticed a shortage of peppers. But still some of the green ones left. Why do people always seem to prefer yellow, orange or red peppers? What is the difference between red and green peppers?

We have the answer for you. As expected it comes down to taste and nutritional value, and that’s exactly why green peppers are the last left on the shelves. All peppers are different of course, but green in particularly has the most distinct differences from the other colors.

After some source checking, here is the quick rundown:

What Is the Difference Between Red And Green Peppers

Surprisingly the nutritional value of a green pepper is significantly lower than a red pepper.

Unsurprisingly, this makes the cost of a green pepper generally lower than that of other variations of peppers.

As Thekitchn explains, maturity dictates price. It’s a simple principle but a core truth in agriculture.

It takes more time to grow a red or yellow pepper than it does a green pepper. In turn it takes more work and material for a farmer to grow a red or yellow pepper. A farmer could harvest a batch of green peppers and in turn would be able to sell them quicker and spend less time and resources than he would waiting for the peppers to ripen into orange or red. In turn, the farmer would receive less value for the green peppers as they are not fully ripened.

“To get a yellow, red or orange pepper, the pepper needs to spend more time on the plant to ripen and color. The older the pepper, the greater the chance of some damage coming to the pepper,” explained Karl Foord, who teaches horticulture at the University of Minnesota Extension. “So growing colored peppers can cause a yield reduction leading to a higher price.” – Source