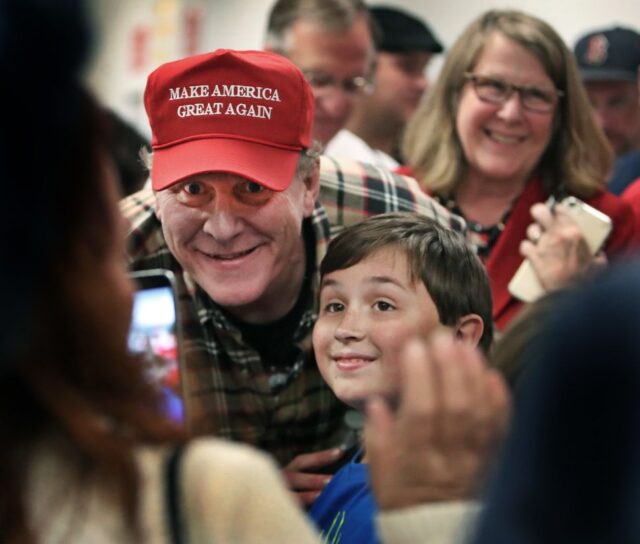 Today’s Five is now receiving reports that ex-Red Sox pitcher Curt Schilling has also been arrested and is in custody. Although charges have not been announced as of yet, the arrest comes after alleged involvement with Steve Bannon.

Public announcement of his arrest is expected shortly.

Steve Bannon, along with Brian Kolfage, Andrew Badolato and Timothy Shea have each already been arrested and charged this morning. All 4 men are facing up to 20 years in prison for their involvement in the “Build The Wall” campaign. A campaign that allegedly made fraudulent promises to Trump supporters and funneled in millions of dollars.

You can see the whole “team” here.

“According to the indictment, which you can read here, the four men allegedly used fake invoices and sham “vendor” arrangements, among other schemes, to ensure, “as Kolfage noted in a text message to Badolato, that his pay arrangement remained ‘confidential’ and kept on a ‘need to know’ basis.” While Kolfage publicly promised he would “not take a penny in salary or compensation,” he is accused of covertly taking more than $350,000 for his personal use. Bannon is accused of receiving over $1 million, “at least some of which Bannon used to cover hundreds of thousands of dollars in Bannon’s personal expenses.” – Source

This isn’t the first time Curt Schilling has been found involved in some sort of fradulent scheme.

In fact it’s at least the third or fourth time.

In 2016 Curt Schilling settled a lawsuit in which he had used false financial projections on his video game business.

“The long, winding saga of baseball star Curt Schilling’s massive business failure in the video game industry may finally be reaching its end. As The Associated Press reports, Schilling and other former executives at 38 Studios have agreed to pay $2.5 million to the state of Rhode Island to settle outstanding claims of defrauding the state out of $75 million in loans.” – Source

His actions then stemmed into multiple lawsuits.

The financials he lied about led a lot of investors and developers to make extremely bad decisions. Offices were relocated, stocks were traded, in the end there were a lot of rich (and former rich people) very mad at Curt Schilling.

In general the New England area had grown to hate him despite his time on the Red Sox.

Funneling $75 Million from the state is directly hurting the average citizen.

Wells Fargo was in a lot of hot water too due to Curt Schilling’s shenanigans.

“Wells Fargo was accused of concealing from investors that 38 Studios would face a $25 million shortfall even after the October 2010 bond offering from Rhode Island Commerce Corp, a state economic development agency.” – Source

We will see just how involved Curt Schilling was in the “Build The Wall” scheme. He was involved enough to be arrested. Due to his status as a public figure it is likely we will not hear the charges until early next week.