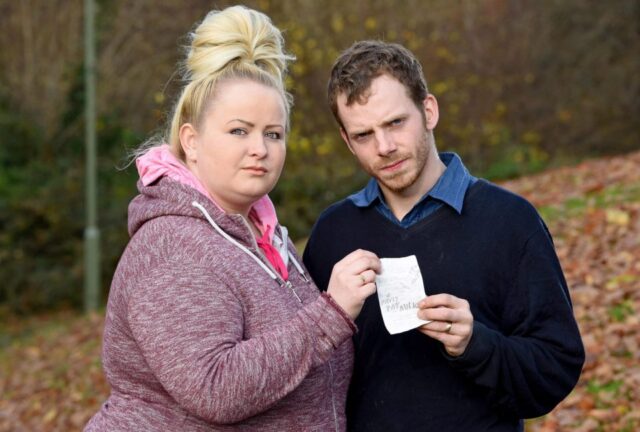 In a true modern day fairy tale, the popular mobile gaming app Trivia Crack has brought two lovers from across the country together. Lara and Tim randomly matched as opponents back in September. Tim messaged Lara in the mobile apps in game messaging feature. Lara responded and the rest is history.

The two met up and to say they hit it off would be an understatement. The two are currently engaged and have set a wedding date for November.

We sat down with Tim and Lara to discuss:

So we have to ask you Tim, what was the magical DM you sent? I imagine most female players would not be on Trivia Crack looking to be hit on.

T: (Laughs) I wasn’t ‘hitting’ on her. I mean obviously I was attracted to her profile picture, but she got a very obscure Harry Potter question correct in one of our challenges, so I messaged her asking if she was a fan.

Got it, so this didn’t start off romantically it was more friendly. Lara what did you think when you first saw the message?

L: First thought of course was who would send a message on Trivia Crack, until I saw the bubble pop up I didn’t even know it was an option to DM people. Normally I’d be weirded out but he looked good in his profile picture (laughing) so I lied and said I was a huge Harry Potter fan even though I actually wasn’t and had guessed on that question.

Wow so this was more about physical attraction than I originally would have expected. How long until the discussion escalated?

N: Not long at all, I was messing around and had I known how serious this would become I wouldn’t have been so aggressive but I really was half joking. Once she said she was a Harry Potter fan I hit her with the “I’d love to sliver into your Chamber of Secrets”. It had a high success rate for me on Tinder.

Lara I guess this line worked on you as well?

L: Hate to admit it but yes (laughs) I asked him where he lived after that. He was in NYC, I live in Seattle but I happened to be in NYC on a business trip. I had just got out of a relationship and said you know what why not. And I suggested we meet up.

T: Yeah I really couldn’t believe it when I read that, part of me started to think it was a catfish situation.

That was actually going to be my next question, was there any concern about the profile picture not being real?

T: Once she wanted to meet up I definitely had my reservations. I suggested a bar to keep it public at first, but once I met her obviously I realized she was the real deal.

L: I guess it was against my better judgment but honestly no I never really considered that, luckily he wasn’t like the “Ted Bundy of Trivia Crack” (laughs)

So the date went well?

L: Very well. I was back at his apartment after one drink.

What do family and friends think about how this relationship started?

L: My parents don’t even fully know the story to be honest, they don’t understand technology I told them we met in a coffee shop.

T: My parents and friends are all Mormon, they don’t like anything about this or Tim. Which is why I’m moving to NYC to be with him.

One more question that has to be asked. Do you guys still play Trivia Crack?