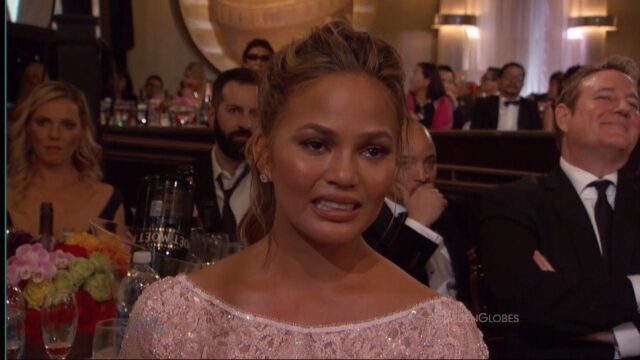 Certain celebrities in Hollywood have been extra careful on social media with the current Wayfair allegations that are circulating. It’s understandable. Nobody wants to wake up the next morning to see their name trending over a controversy. But when Chrissy Teigen deletes ALL of her 60 thousand tweets, the spotlight is of course going to swing her direction.

Chrissy Teigen Deletes All Of Her Tweets, Just A Little Too Late

Chrissy Teigen and John Legend have been targeted as celebrities involved in pizza gate in the past. Once Chrissy Teigen deleted her tweets, users across the internet unlocked their vault. And these tweets do not look good for Chrissy right now.

Well after seeing this batch of tweets alone, Chrissy Teigen was definitely right that she should delete them. Unfortunately the screenshots have already been taken.

What was going on in Chrissy Teigen’s head in 2011? How could you even use the term “sexy toddler”? Or retweet an article with the term “Pedophile’s Delight” in it’s headline? It’s pretty obvious that Chrissy knew she had some past tweets that were questionable at best.

Yes, Chrissy. It is extremely wrong. But you know that. That’s why you raced to delete your tweets when Hollywood started being affiliated with pedophilia by certain speculators on Twitter.

Just. Wow. Chrissy Teigen deletes 60,000 tweets and these are just the screenshots that we have left from people who happened to hold on to them. Safe to assume she had some other questionable tweets scattered in her timeline.

Not All Celebrities Are Scared

Part of me wants to have a little sympathy. Like I get it, you may be innocent and nervous of being accused. Trial by media is very real. But some celebrities have stood for this trial. Including Kevin Hart, who not only refused to delete his past tweets, but refused to even apologize for them.

Nobody is perfect. Celebrities have random past tweets sneak up on them all the time.

So why is Chrissy Teigen so worried that she quickly deletes all her tweets when pizza gate 2.0 pops up? Clearly other celebrities are willing to double down or apologize for past tweets

John Legend being very defensive for someone who is innocent. You do know you’re a millionaire who can just hide in your mansion right? Responses like this actually make accusations like this plausible.