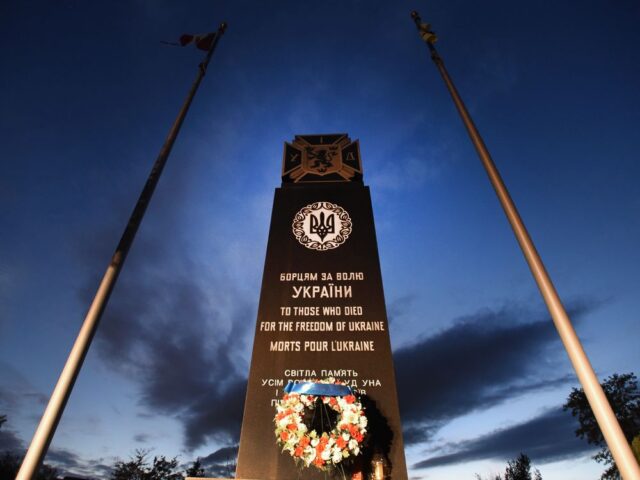 When this story first came across my desk I actually misread it. I was ready to get into speculation as to whether this was at all related to the recent increase in tensions between the Black and Jewish community. Then I realized it’s a memorial FOR Nazi’s. Why is there even a Nazi memorial in Canada? Now I’m just surprised it took over 50 years for someone to vandalize it.

Police in Ontario were originally going to investigate this as a hate crime.

But don’t worry! Canada explained why this is still a hate crime even though the memorial is for a division that murdered innocent people. Buckle up for these mental gymnastics…

“Regional police have said they were treating the graffiti as a “hate-motivated” incident – but declined to release the wording of the message.

The 14th division was made up of Ukrainian nationalists who joined the Nazis during the second world war. Members of the division are believed to have murdered Polish women and children, as well as Jewish people.” – Source

“It is against the law in Canada to make a public statement which “incites hatred against any identifiable group”. According to police, the “incident occurred to a monument and the graffiti appeared to target an identifiable group”, Constable Steve Elms told the Ottawa Citizen.” – Source

They must be smoking some good stuff up in Canada to think it makes any sense at all to do anything other then get Nazi statues out of your country. Germany doesn’t even have them.

Pretty soon outrage emerged from Canada and the globe. Wondering why a Nazi memorial is in Canada in the first place. And why it could ever possibly be considered a hate crime.

Real quick the Canadian regional police department did a hard 180.

“Graffiti on a memorial in Oakville to those who served in a Nazi SS division is now being investigated as vandalism instead of as a hate-motivated crime, but the region’s police chief is questioning why the monument exists in the first place.” – Source

So after a little reminder from the world that we don’t celebrate Nazi’s, it seems this small Canada town has “seen the light”.

Now they are not only saying this is a graffiti crime, they are “questioning why the monument exists”.

Now I won’t deny it, it was fun watching the the police try and actually prove that defacing a Nazi memorial is a hate crime.

But now can we question why no one asked that until it was spray painted? The memorial was probably a Pokemon Go Stop. Canadians were definitely aware that this monument was in existence.

Instead of investigating who spray painted this, they should find out who allowed this memorial to even go up. And who allowed it to stay up before the rest of the world found out that Canada of all places was still celebrating certain Nazi groups.