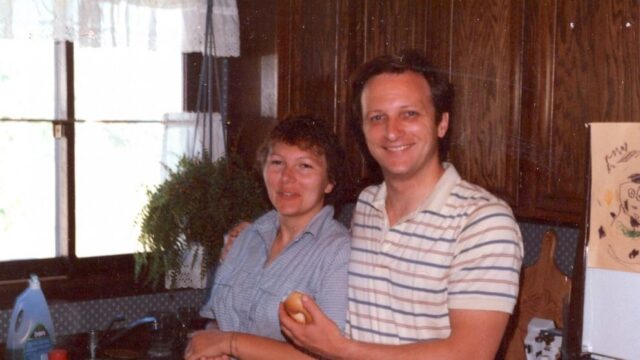 It was 1999 when Scott Falater was convicted to a life sentence (rightfully so) for brutally murdering his wife in the middle of the night. Falater used “sleep walking” as a self defense. Unsurprisingly, it didn’t work out.

So why are we talking about Scott Falater 20 years later?

But I think there is a deeper reason. If you believe Scott Falater and his tale of nightly dream state murder rampage, then you may be concerned it could happen to you.

Rest assured, Scott Falater is a liar. This won’t happen to you. (At Least the second part won’t).

I’ll admit it, in the beginning it was pretty convincing.

The man had sleep walking in his past. His sister said that he pushed her once when he was sleeping. Who knows if this is true or not.

Listen it’s a weird story. And one that makes you think it’s complex and can’t be understood. That’s what Scott Falater and his team aimed to do. Free Falater by decision of uncertainty. Maybe he’s not crazy? Maybe he did dream the whole thing?

Don’t fall for their smokescreen. It’s a lot more simple than the defense team made it out to be.

Go with Occam’s razor on this one.

Is it possible in his sleep he stabbed his wife 44 times? And just happened to use a deadly hunting knife he located in another room? Maybe. Probably not. But maybe.

Then eye witness reports (the next door neighbor) explain how Falater was going back and forth the house, and eventually dunking his wife into the pool.

It’s pretty obvious what happened here guys, IF you want to believe the sleep walking theory.

If Falater was sleep walking, it definitely ended after the stabbing.

Now Falater is a smart guy. But of course anyone in this situation would panic.

His first decision is to drown her so she stops making noises. (True love right there).

Once she is actually out cold it sets in for Falater. He just killed his wife. Kind of accidentally, but then definitely on purpose.

So he goes into CSI criminal mode. This is where the case is blown open. He’s lost the jury. As he should.

Boxing up her clothing, neatly packing it away with the weapon in a separate container. I think it’s pretty obvious if you take a step back here.

Scott Falater possibly woke up to himself stabbing his wife. Maybe it was the craziest most unfortunate thing to ever actually happen and he really stabbed the love of his life 44 times  without trying. (FYI if someone stabs someone 44 times, it is deemed a crime of passion).

Fine, let’s pretend that’s true. There is no way he slept walk through all 248 motions that the prosecution’s sleep expert presented to him.

Instead the more obvious answer started to come to mind.

What if this super smart guy Scott Falter did actually stab his wife 44 times in his sleep, and hen figured he could half clean things up, and then claim it was all sleep walking.

Scott Falater took the stand and briefly won half the jury over. But it was on the same sentiment that he always followed. “It’s too complex for you to understand.”

In fact, when he was convicted, he mainly put what he called a “low IQ jury” at blame.

Even if Falater didn’t initially stab his wife in full consciousness. He certainly was fully conscious when he finished the job.

Argue whether that counts as murder if you want, but at the very least Scott Falater is leaving out details. And for that reason, we keep him behind bars.