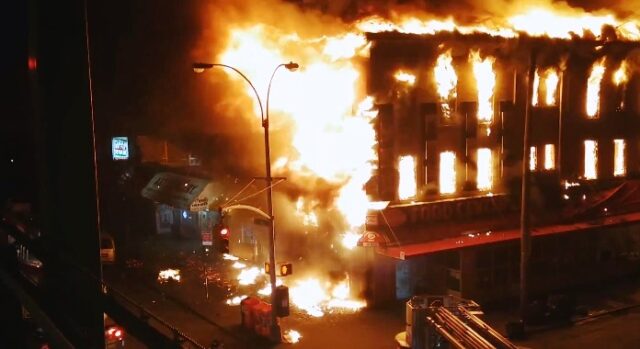 Now I know it’s 4th of July, but we can have a little courtesy here. If rockets are hitting your neighbors windows it may be time to realize that you shouldn’t be setting off high powered fireworks in a city as dense as NYC unless you know what you are doing.

*WARNING: VIDEO MAY BE GRAPHIC TO SOME VIEWERS*

Clearly this group did not know what they were doing.

Maybe they meant well. Once the fire started you could see them trying to break open the building to save whoever was inside. But it was too late, and despite their kind efforts, they are still idiots.

FDNY and NYPD had to be called and after seeing them drag that poor old man out of his apartment it’s not surprising that the city wants to see arrests made.