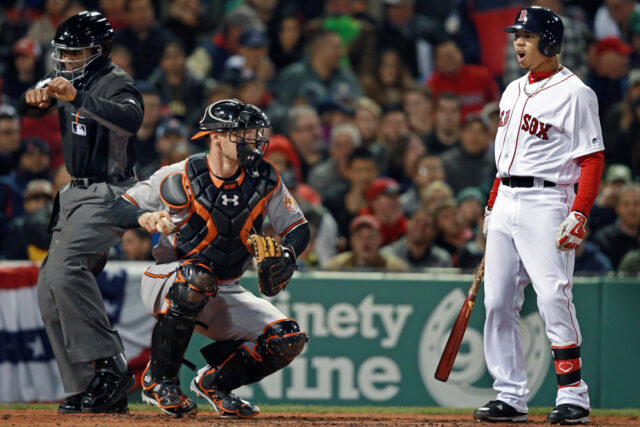 In 1956, Jackie Robinson played his final game in the MLB. On that day, 6.7% of MLB players were black or biracial. Today that number is 7.7%. An increase of just 1%. Some analysts attribute this to a lack of interest in baseball. A small analytics group based out of New Hampshire has a different theory. That baseball culture and the MLB still carries a slight racial bias. The analytics group points to a higher number of called strikes for Black MLB players as evidence.

The analytics group from Dartmouth has yet to release their final findings, but they have already reported they have more than enough evidence to prove a bias does exist.

Most of the evidence lies in a comparison of the top strikeout leaders. There is a disproportionate amount of black MLB players on the leader board. And a large amount of them were called third strikes outside the zone. Dartmouth says they have game footage to back up their claims.

According to Boston University, older Umpires are the ones responsible for inconsistent strikes.

This gives weight to the theory that black MLB players are seeing more called strikes due to a racial prejudice that the MLB has yet to grow out of.

The table below shows the most inaccurate umpires in the MLB from 2008-2018. As you can see median age is 56. Literally twice as high.

This data alone has lead many analysts to speculate that there is still a negative racial aura that surrounds the American baseball field.

A negative aura that should be phased out in the next decade or so, but still, one that may have indirectly turned a lot of black children or even younger off from baseball.

The Silence Of The MLB

Of all the major sports leagues, the MLB has been the least involved with BLM movements. Mostly due to the fact that they have had the luxury of being able to avoid it. The league still has less than 10% black players, while black NBA and NFL players make the majority.

Aaron Judge was the first to speak out after seeing players from the San Francisco Giants take a knee during the National Anthem.

Aside from Judge’s statement, there has been little to no BLM or National Anthem protests in the MLB.