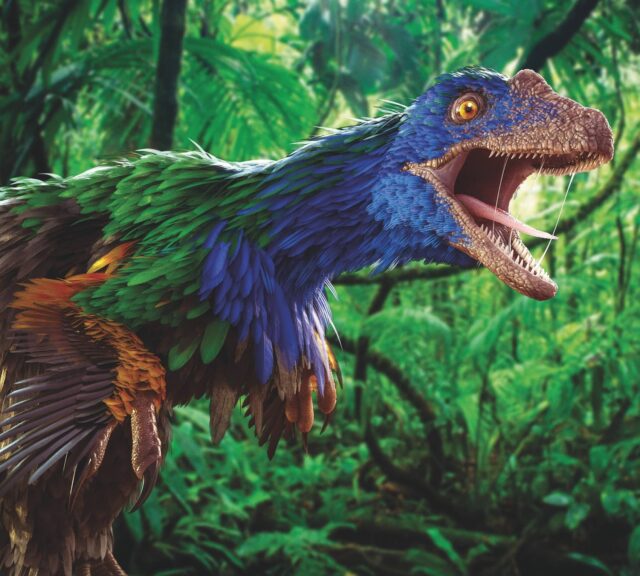 For too long the general public has given Paleontologists too much authority. Never questioning any of the ridiculous claims and new “discoveries” they put out. And no matter how many times these paleontologists get busted for trying to make a new species out an of old one, no one is there to ask are dinosaurs even real? Because if the paleontologists keep this up it’s going to turn into boy cried wolf. And we already have five really good reasons why all of these “discoveries” are likely shotty guess work at best.

I know this sounds like a joke, but seriously? How in the world would paleontologists have any idea what dinosaurs sound like? Or what color they are for that matter.

Here is what the paleontologists are trying to sell-

“Paleontologists may never know for sure what kinds of sounds dinosaurs made, but most believe that these animals did make noises. Why? Clues in dinosaur skulls tell them so. Some, like “Lambeosaurus,” had crests on top of their heads that probably filled with air when the animal breathed. As air was pushed through these crests, they likely made a deep bellowing sound similar to a horn.” – Source

Complete, and udder speculation. All these words like “believe”, “likely”, “probably”. Obviously these guys had no freakin idea what dinosaurs sounded like. How could they. Off the vibrations in the skull? That you found from a billion years ago? How do you know the thing even had a tongue? Or a vocal box?

All straight guesswork. Yet still everyone has accepted the “bellow” and roar as the official noise of all dinosaurs. People want to believe in these assumptions about dinosaurs as bad as the paleontologists want people to believe it.

4. They Have Feathers Now

“The velociraptor has long been depicted as a scaly creature. That’s all changing as fossil evidence shows how widespread feathers were among dinosaurs.” – Source

OK now I already know the number one retaliation to this point “Well science makes new discoveries every day dude”. Yes, that is true. But usually new discoveries build on reliable theories, not completely 180. That’s why we got rid of witch doctors and Amazon got rid of the milk man.

But if this is what the Velociraptor:

So they got the tail right, I guess. But it went from a terrifying creature to what looks like a quail getting a portrait done in 1500’s France. So why would I trust any future “discoveries” when they were so off with their first assumption?

I definitely have at least one guess.

Scaly Velociraptor has a lot more marketability. From movies to toys to lunch boxes. Jurassic Park just wouldn’t be the same if the kitchen scene had a giant peacock screaming in his face.

But the job has already been done. New Jurassic Park movies are coming out and they will always have scales. Because the scales sell. Paleontologists (as needy for attention as they are) decided to try and bring attention back to them. “Oh actually they have scales now” – some dehydrated Paleontologist.

Anything to bring press back to their dying, properly under-funded industry. They’re like NASA if NASA never actually built rockets.

“Ostrom studied a fossil creature from the end of the Jurassic period called Archaeopteryx, a raven-sized dinosaur that had wings and flight feathers. He found that the bird-like animal shared skeletal characteristics with theropods—sharp teeth, three-clawed fingers, and a long bony tail.” – National Geographic

So basically this guy Ostrum strings a bunch of random bones together until he has enough bones to make something that’s about as big as a raven. Then he claims it has “wings and flight feathers”, remember these are 200 MILLION years old allegedly. A well preserved human bone can last 90 days tops. But this guy was able to identify wings and flight feathers? OK. Sure. Here’s the best part though –

“Since then, thousands of feathered dinosaurs have been discovered, many of which seem to be branches in the bird family tree” – National Geographic

Of course! Now that one guy found feathers suddenly they are everywhere. All the paleontologists must have loved this one.

“American dinosaurs struck many observers as bigger and more imposing than their European counterparts, At precisely the same time that dinosaur bones became a public sensation, the U.S. was transforming into an industrial powerhouse of global proportions. Paleontologists worked hard to assemble dinosaurs. They relied on inference, judgment, and imagination.” – Source

Paleontology is and always was an arms race. “Scientists” were submitting any sort of bone puzzle that kind of fit over to “experts” who would basically decide if the dinosaur was “real” enough to be marketable. Dinosaurs and Captalism and very intertwined. Once again, think of the lunchboxes.

They would find bones in Argentina and connect them to bones in Egypt like a 4 year old jamming the wrong pieces of a puzzle together until it resembled something that looked like it could walk. Then they would just come up with some weird name and call it a day.

“Another paleontologist, Thomas R. Holtz Jr. of the University of Maryland, keeps a running tally of new dinos each year for an encyclopedia he is in the process of updating. He’s up to 14 this year. In 2015, he hit 45.”

I mean think about it. On average there are about 10 new living species discovered each year. But one dude was able to find 45 new extinct ones? Paleontolosts constant have their worked revoked when it is found out they used the same types of fossils as someone thus essentially meaning they doubled named the same species. But they don’t care, finding a marketable dinosaur and getting it approved” is all that matters.

2. The Museums Are Lying To You

You may be wondering by now why these Paleontologists were so quick to send in reports without doing an extensive amount of research.

Simply, it was about museums and marketing. Calling it an arms race wasn’t an exaggeration. It was called the Bone Wars.

“While Cope and Marsh dueled for fossils in the American West, they also tried their best to ruin each other’s professional credibility. Humiliated by his error in reconstructing the plesiosaur Elasmosaurus, Cope tried to cover up his mistake by purchasing every copy he could find of the journal in which it was published. Marsh, meanwhile, made sure to publicize the story. Cope’s own rapid and prodigious output of scientific papers meant that Marsh had no difficulty in finding occasional errors with which to lambast Cope. Marsh himself was not infallible; he put the wrong skull on a skeleton of Apatosaurus and declared it a new genus, Brontosaurus.” – Wikipedia

Yup, Brontosaurus was a lie. He took someone else’s made up puzzle, put a different head on it, and called it a new puzzle!

Also, here is the originally approved discovery of the Stegosaurus.

Oh and yeah now it has a ton of feathers.

Throw some feathers on there, make it green (even though no one could ever possibly know that), it makes great movies and lunchboxes!

1. There Is Big Money In Dinosaurs

Starting with books and a movie adaptation from Steven Spielberg, dinosaurs hit the big screen and people were hooked. Even today the Jurassic Park franchise makes a ton of money every year based on movie and merchandise sales.

So, there is clearly some monetary incentive to squash the question of whether dinosaurs are real or not. In the end, maybe we can conclude there is some slight truth behind it all. But with all the flip-flops, all the motives to make up new species for money and notoriety, I think it is fair to say dinosaurs are at the least extremely exaggerated/imagined incorrectly.