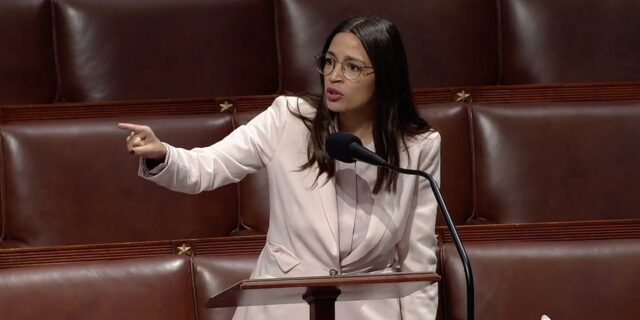 In a tweet sent out from the staffing account of Alexandria Ocasio-Cortez, AOC referred to the choice to own a Tik-Tok app as an “American Right”. The tweet was sent out at 9:36 AM this morning, it was deleted within 60 minutes of being posted.

Speculations as of now are that AOC did not mean to have this opinonated tweet be sent out on her staffer account. Likely, she meant to post it to her personal handle, @AOC.

Once the error was made staffers most likely advised to just hold off on the tweet all together. Comments swirled below the tweet in all directions. As with all AOC tweets. Some commending her for “standing up for the First Ammendment”. Others simply calling her a “nut job” to compare Tik-Tok to guns.

While we wouldn’t expect AOC to necessarily take a stance on Tik-Tok. From a broader perspective, she does have a point.

Letting the government decide which outlets you can use for information is a slippery slope. It is an expectation granted by the first amendment that citizens can circulate their own news, and decide for themselves what to believe.

On the flip side of this, Trump is claiming that China is “spying” on Americans with this app.

If that is the case then things may be a little more dicey. First off, a rule can be made that no Tik-Tok is allowed on government phones. But without hard evidence it seems unfair to axe Tik-Tok without any hard evidence that information or data is being stolen.

Others of course are saying that Trump is trying to get Tik-Tok off American phones after his rally attendance in Tulsa was skewed by the antics of Tik-Tokers.

Regardless, if Tik-Tok is not purchased by an American company in 45 days, it’ll be in the graveyard like Vine.

Unless of course Trump’s actions here are actually out of his authority.

There is speculation that Microsoft would be the likely candidate to purchase Tik-Tok. If any American company were to step up.