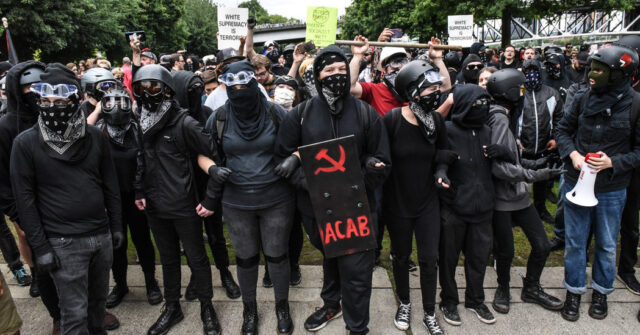 The old expression rings true here. Give ’em an inch, and they will take a mile. Well the Antifa rioters in Portland have done just that. First they had their boxed off area. They expanded.

Now, the Antifa division leader of Portland, Sammie Miles, has declared to Portland officials the city is no loner under their control.

It was around this time that the Portland Police Department was ready to declare this a “riot” instead of a protest.

There has been plenty of discussion from Antifa supporters in regards to the “kidnappings” taking place in Portland. Videos showing police officers throwing rioters into vans started circulating.

However it is hard to imagine that tensions between police and Portland protestors, no declared rioters, has become frustrating.

Tonight they once again set fire to the Police Union.

Those near the PPA Office: This has been declared riot.
The area including the PPA Office and surrounded by North Kilpatrick to North Buffalo Streets and North Omaha to North Interstate Avenues is now a restricted access area pursuant to Portland City Code 14C.30.010. cont…

After tonight, Portland will be entering it’s 73rd straight day of protesting.

It’s time to call in some actual back-up. Portland has lost control of it’s city.

Hundreds of thousands of dollars in damage has been done so far. Civilians and police officer alike injured. Portland is beginning to look less like a protest or a riot. And more like a revolution.

Breaking: Portland Police declared a riot. #Antifa broke inside the union hall and set the inside on fire. This is the third time they’ve broken into the police union and the second time they set fire inside. #PortlandRiots pic.twitter.com/wC2gKhzLcL

Antifa rioters have started a street fire in north Portland (far from the federal courthouse). There are no police outside. The busy street is entirely shut down again. #PortlandRiots #antifa pic.twitter.com/B2lRodZ1Md

What Is The Difference Between Red And Green Peppers?