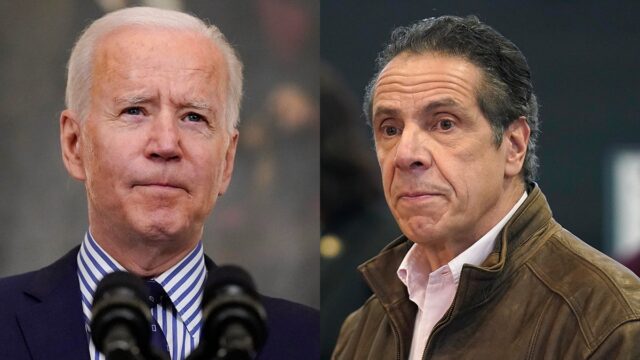 The Andrew Cuomo investigation has taken up valuable time for far too long.

Let’s pretend for just a minute that these allegations are false. Based on the specific details of the story I’m more than inclined to believe they are absolutely true. BUT for arguments sake right now let’s pretend we believe Cuomo.

That it’s all hearsay. And it’s just women looking for political gain or whatever his excuse this week is. Here’s the thing, it’s irrelevant. The real reason Cuomo needs to resign is that New York deserves better.

Well, maybe we don’t deserve it. But we definitely need it.

After locking down the city last year we had a record number of New Yorkers on unemployment. Which is understandable. The governor and mayor both said stay inside. This left bartenders and other skilled laborers in absolute panic.

During this time while unemployment claims were through the roof, NY state and NYC depleted their emergency funds. In the end, New York State borrowed a total of $10 Billion to cover unemployment costs.

Cherry on top? That $10 Billion was borrowed at an annual interest rate of around 2.5%. – Source

How will they get out of it? Go after the middle class of course.

But now it has gone past financial.

Even since the city re-opened, NYPD stats still show that armed robberies and grand larceneies are up over 30% from this time last year. Which means those numbers are up about 50% from 2019.

Murder, shootings, and other violent crimes are not too far behind.

New York City has already passed Chicago as the most deadly city in America.

It is now on track to pass Detroit as well.

Brooklyn on it’s own has become borderline lawless. The Andrew Cuomo investigation is not heping. There are certain neighborhoods in Brooklyn that per capita, have almost double the violent crime seen in Chicago, Detroit, and LA combined.

New York Needs A Governor Focused On The City, Not Defending Themselves

When people say it’s reminding them of the “old days”, they wish they were kidding.

In fact, it got so bad that our beloved Governor took power away from Mayor de Blasio (which is probably for the best that man shouldn’t even be allowed to be on TV), and then was the first to declare the situation in New York a gun problem that required National help and assistance.

Here was his quote when he plead to the feds to help him “make NYC better than ever before.”

“We’re building New York back better than ever before, but part of rebuilding is addressing the systemic injustices that were exposed by COVID. If you look at the recent numbers, more people are now dying from gun violence and crime than COVID – this is a national problem but someone has to step up and address this problem because our future depends on it,” Governor Cuomo said.

“Just like we did with COVID, New York is going to lead the nation once again with a comprehensive approach to combating and preventing gun violence, and our first step is acknowledging the problem with a first-in-the-nation disaster emergency on gun violence. When we see an injustice we don’t look the other way, we stand up and fight it because that’s the New York way.” – Source

OK… a little bit to unpack here. He even says himself more people are dying from gun violence than Covid. Why is the gun violence emerging? Because people are locked down. To protect them from Covid…

So then after admitting that the violence from the lockdown is now worse than the pandemic effects he was trying to avoid, he goes on to say “once again” New York will lead the nation.

By lead the nation do you mean lead New Jersey and Governor Murphy? Because everyone else was pretty hung up on the nursing home deaths and I can say for sure the Governors of Florida, Texas, Georgia, and many others were absolutely NOT following your lead. Mostly because you lied about a bunch of elderly deaths, but New York was top 3 highest case and death count. Who would take advice from you?

Let’s get back to the main point here.

So OK fine, Cuomo won’t admit any wrong doing when it comes to handling Covid.

And he won’t admit any wrong doing in terms of the current Andrew Cuomo Investigation.

But he has more than admitted the city is in trouble. Both socially and economically. So if Cuomo actually gave two shits about this city he would step down?

Because we don’t have time to hear you defend yourself against allegations we know are true.

We all saw your stupid tape, your stupid report, we saw you out a female who wanted to remain anonymous.

But what REALLY bothered me, and what should bother everyone, is that this man clearly took 4 days out of the work week (during a time that he himself claims is a crisis), to put all energy and focus into making a terrible video trying to defend himself against claims that are obviously true.

Is that what New York needs right now? Do you think that’s important right now Cuomo? Using tax dollars to shame a woman who you abused BY NAME and then have the audacity to say you understand because you have “female in your family that went through the same thing”. But Cuomo didn’t use her name. So clearly he does not get it.

So the real reason Cuomo needs to step down is because he has created a freakin’ circus and now we’re wasting time with the AG in kangaroo court of he said she saids about whether Cuomo touched a female trooper in an elevator.

Andrew Cuomo, If you cared about the state and city in the slightest you would understand that what you are doing is not only distracting us from pertinent issues, but they are being escalated when they are ignored.

Women are being raped in their own apartments by fake Amazon drivers, elderly people are getting beat up and robbed on camera literally daily.

Andrew Cuomo Ego At An All Time High

We know you love power Cuomo. (And have quite the ego after re-naming the TZ bridge to your families mob-tied name). But it’s over. You’re not winning presidency. Ever.

We have made our decision on the Andrew Cuomo investigation.

So if Cuomo really cares about New York, then the real reason he resigns should not be about the allegations. But rather that the allegations are a distraction. Step away. Make your dumb YouTube videos in your own time, and let Albany get back to work.

Andrew Cuomo you have killed enough grandmothers and touched enough interns. Most New York governors only get to do a fraction of the evil stuff you got away with. AND got an Emmy for all of it.

So just walk away. Even Biden is saying it and he probably can’t remember if you’re the governor or the mayor. But he knows a distraction is a distraction. So hang up your ego and call it a career. The Andrew Cuomo investigation is draining resources.

Prayers to New York and NYC.