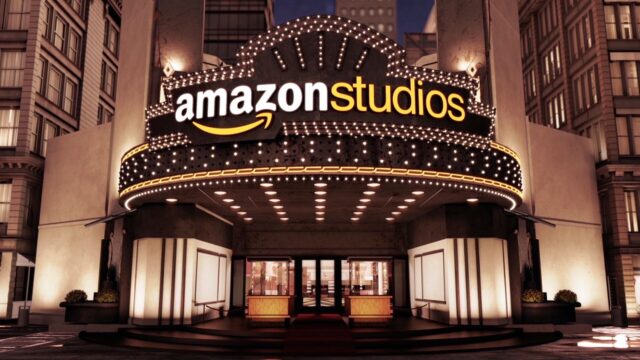 The first and biggest reason Amazon would be looking to buy AMC is very simple to grasp.

There is not a single big studio in Hollywood that does not have some sort of long-term deal and relationship with AMC.

Before I dig into this I received a lot of e-mails thanking me for telling them about ZOM stock. Rather than message you all individually (which I tried), here is an over-arching “you are welcome” to all of you. Happy you made some money!

Now back to it:

No concrete sources of a deal. But AMC could be worth the ticket. Amazon knows this. It’s why they have had discussions with AMC in the past on purchasing them.

For that reason alone it has value. Historic value. The people don’t even want to see it go under.

And on that point, why would it go under?

People, The Pandemic WILL End

You know that this country is going to be back to normal sooner or later. Eventually people will want to go back to their normal lives and even though the movie industry was “declining”, there are still a ton of moviebuffs who love actual screenings.

And the concept of a premier screening will always be apart of film.

So with all these intangible assets wrapped into AMC it makes sense Amazon was looking into purchasing them in 2018.

Why would they reconsider now?

The Covid discount of course!

They can get AMC for a steal now than in comparison to 2018.

Why else does Amazon want to buy AMC? Why did they want to in 2018?

Let’s not forget that Amazon is trying to compete with Hulu and Netflix to be a premier streaming platform.

A purchase of AMC by Amazon not only gives them a closer relationship with the big movie studios, but in certain cases they will be able to stream movies that are currently only in theaters on Amazon Prime exclusively.

That is the big point here.

If we (and Amazon) have learned anything from the pandemic, it’s that A LOT of people are very ok with hanging at home, ordering junk, and watching junk all day.

Everyone also knows that studios need to have releases for their box office movies.

How do you solve that if the studios are making movies but AMC can’t go full capacity yet?

Combine Amazon Prime with AMC Movie Pass and charge a regular ticket price. It worked on demand for Verizon Fios. The proof of concept is there.

Amazon buys AMC, and then you can stream in theater movies from home.

And when the country does return to normal.

“When it comes to the concessions counter it’s hard to think of anyone better than Amazon to disrupt pricing on overpriced snacks but — more importantly — to also flesh out its kiosks with relevant merchandise and likely an upgrade in automated service technology.

The final point about research may seem to matter less these days with audiences unlikely to return to peak levels, but Amazon would be able to use the data it can collect from its moviegoers far more effectively.

Amazon would also be able to improve in-theater marketing. It also can reinvent programming with its breadth of multimedia connections.

AMC in Amazon’s hands would be misunderstood by Wall Street at first, but you don’t bet against Amazon when it gets its hands on a new toy — or in this case a 100-year-old toy that just needs to be wound in a new way.” – Source

Fossil Found On Mars Points To Ancient Ocean Life, According To NASA