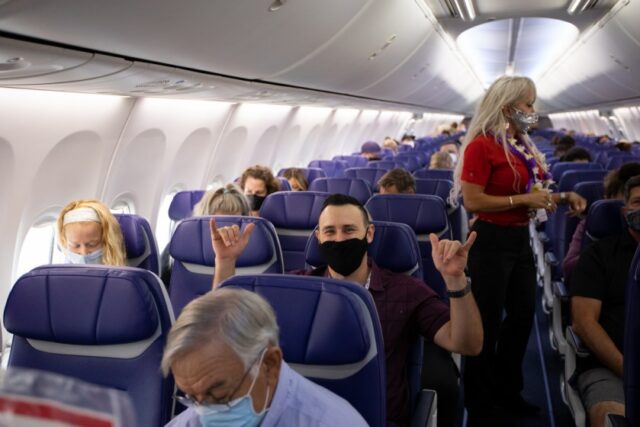 Michael Haak, 60, apologized before US Magistrate Judge J. Mark Coulson ordered him on Friday to serve probation and pay a $5,000 fine.

The incident occurred on a flight that he was piloting from Philadelphia to Orlando on Aug. 10 2020, federal prosecutors said.

Assistant U.S. Attorney Michael Cunningham blasted the pilot, saying that he “had a duty to comport himself in a much more responsible manner.”

“This is not the kind of aberrant behavior that anyone should accept,” the prosecutor added.” – NY Post

Now this is a fun one. One of my new favorites along with this gem.

I’ll break down the series of events for you on this one.

First, the flight takes off. Haak is a 60 year old veteran pilot. His co-pilot is a relatively younger female. Probably assuming this would be a relatively normal flight with a pilot with such experience.

So far so good.

Flight reaches cruising altitude and the pilots go into autopilot.

It is at this point that the female co-pilot realizes Haak is a total freak.

The female co-pilot, not knowing how to handle such a bizarre situation (doubt this was covered in flight school), ignores the other pilot and continues to monitor the plane.

But WAIT it gets better.

According to the co-pilot he “disrobed”.

So basically this woman had to fly the plane alone and try to ignore the fact that a completely naked 60 year old man was standing right next to her choking the goose to videos of midgets getting spanked by Amazonians. (Haak was into some weird stuff).

As soon as the flight landed the female co-pilot reported Haak and he was arrested.

I only have one takeaway from all of this. (Aside from my condolences to the poor co-pilot).

The most jarring detail to me was how “casually” he disrobed and took out the laptop.

He’s a veteran in the field. A field that was likely male dominated for most of his career.

If Haak thinks performing a five finger shuffle in front of his co-pilot was normal, then I think it’s safe to assume this probably was normal.

Or maybe this continued well into the 2000s. And is only now coming to light.

How many of us unknowingly have been on a plane with a pilot up front bopping his bologna?

Unfortunately we’ll never know the answer to that. But it’s a number that is likely a lot higher than anyone expected.